In 1995 a group of NASA scientists repeated and refined some earlier tests on the effect that various drugs have on the web building abilities of the common garden spider. They tested the effect of caffeine, benzedrine, marijuana and chloral hydrate and as you can see the results were pretty extreme!
Noever, R., J. Cronise, and R. A. Relwani. 1995. Using spider-web patterns to determine toxicity. NASA Tech Briefs 19(4):82. 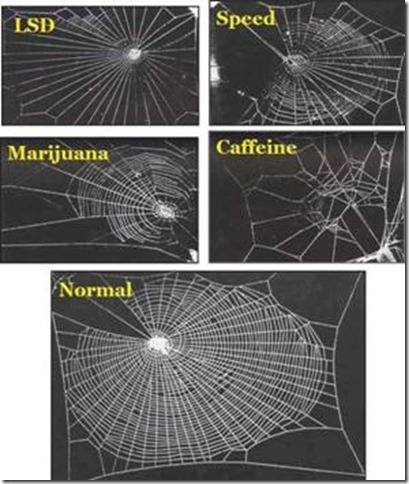