Database projects are good for more than one reason. Main reason is simple – all database objects are defined in same solution where is code that is using this database. Because database project is project like the others then it is possible to add it to code repository – you get versioning this way.

In my last posting about my photo gallery system, Packaging my gallery code, I wrote about how to separate files from web project to other projects. One of there projects was database project called MyGallery2010.Database.

You can see my database project structure on right. Currently I have definitions for tables, primary keys and foreign keys. I think it is enough for now. When project gets some more complex requirements on database then I will add new features.

The internal structure of database projects is very rich. Take a look at properties section – there are settings for SQL command variables, deployments, permissions and other settings. You can also add database references to Visual Studio database projects.

And one thing more – take a look at Post-Deployment and Pre-Deployment folders. You can add there special SQL-scripts that are run before and after database deployment. 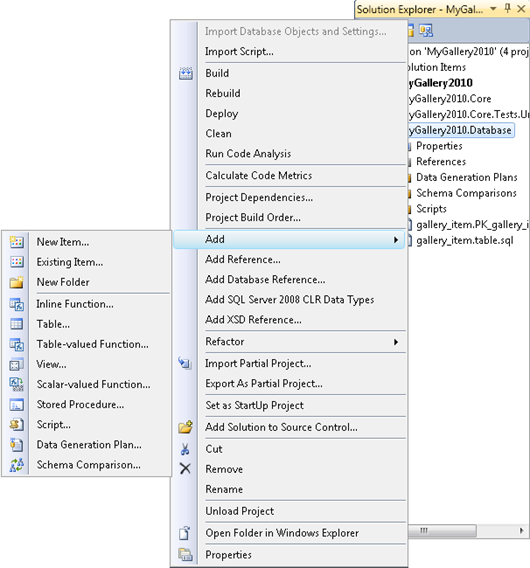 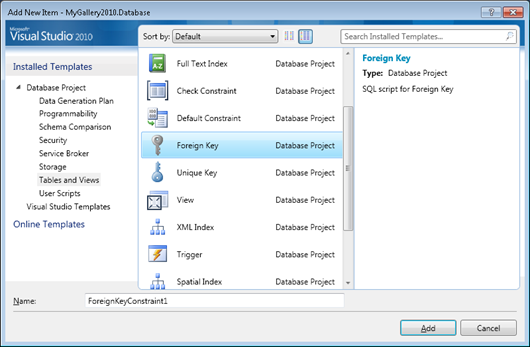 Building and deploying database projects is not different from other projects. What is different is output.

You can see that before any deployments database scripts are validated and also object dependencies are analyzed. It means that before deployment the order of changes is already clear and deployment scripts have no errors.