One of the big new features for the C++ world in VS 2010 is "native multi-targeting".

This means that an MSBuild-based VC project can be built against any set of tools (compilers, linkers, headers, libs, etc).

VS 2010 ships with support for targeting either the 2010 toolchain or the 2008 toolchain. But the design allows you to target just about any version - and still load and work with it in the VS 2010 IDE.

Take the attached file that I’ve prepared and open it inside: 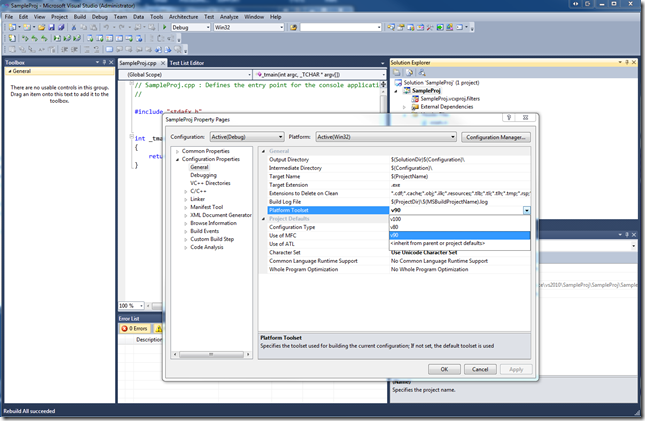