Last year, for SharePoint Saturday New York 2011 #SPSNYC , I had submitted 3 proposed developer sessions and all three were rejected. Apparently, there were 7 SharePoint governance sessions in a track that crowded out the developers but four of the governance sessions were presented by speakers from the event sponsors themselves (sort of buying your way into a voluntary community event and being paid for it). 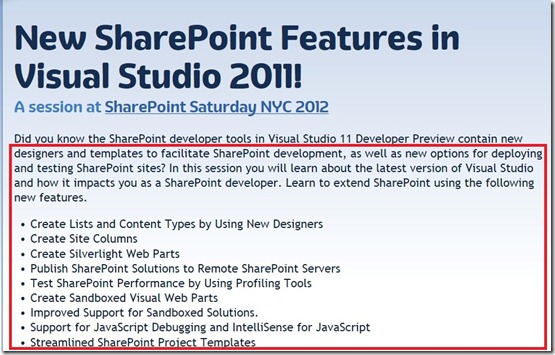 I am not going to speculate whether he was in a hurry or doesn’t know the subject but he is a friend of the organizers' of the SharePoint Saturday New York event. Also in this line-up: two sessions by two separate speakers with exceedingly similar content (I presume both friends of the organizers). Lastly, someone has been given two presentations sessions – one on Governance and ironically, the other on Community. He also happens to be employed by one of the event sponsor. For this SharePoint Saturday New York event #SPSNYC , there were over 250 sessions submitted by many and only 60 were accepted – the friend gets two.

I submitted six proposed sessions this year and all were rejected - had I believed in demagoguery and cronyism, I would have only submitted one.