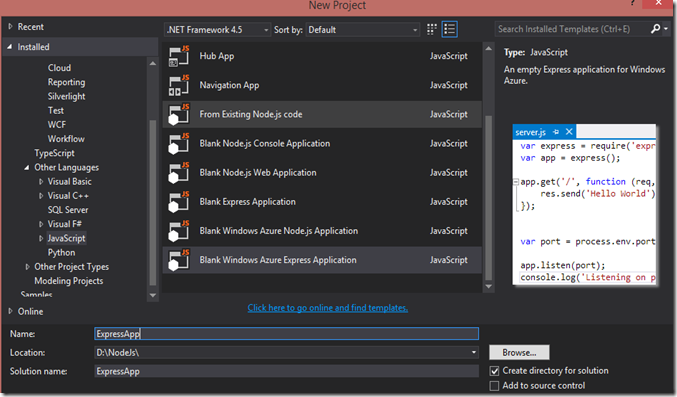 The Express.js project will ask for run npm install to get the dependencies specified in package.json.

Let’s choose “Yes” to run npm install to get the dependencies.

This will install the npm modules specified in the package.json, which can see from the folder npm in the Visual Studio project.

Another cool feature of Node.js Tools for Visual Studio, is that it you can install npm modules from Visual Studio itself. Just right click on the folder npm and click “Manage npm Module”, it will show npm Package Management window as shown in the below figure. 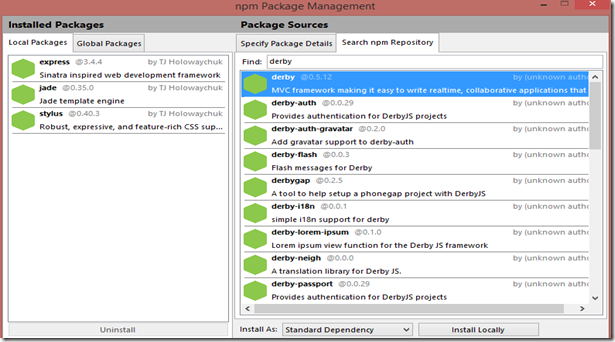 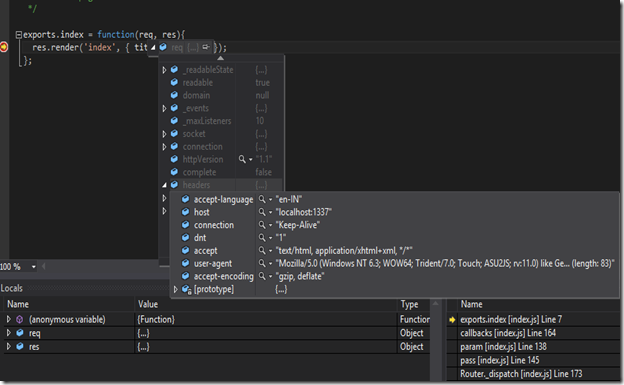 Another cool feature of Node.js Tools for Visual Studio, is the Node.js profiler which can be used for profiling your Node.js apps. The profiler can run from selecting “Launch Node.js profiling” from the “Analyse” menu of Visual Studio. The figure below shows that a sample profiling report after running the app with profiler tool. 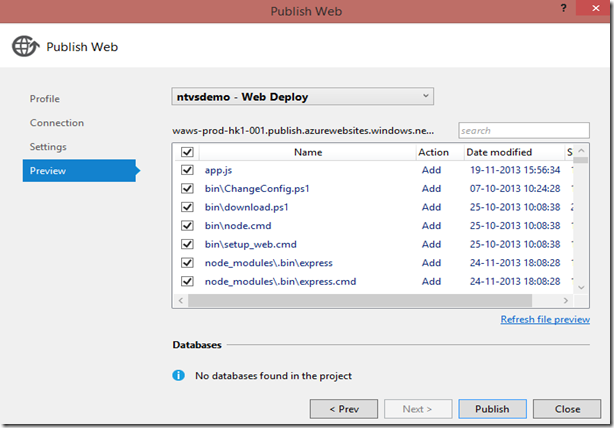 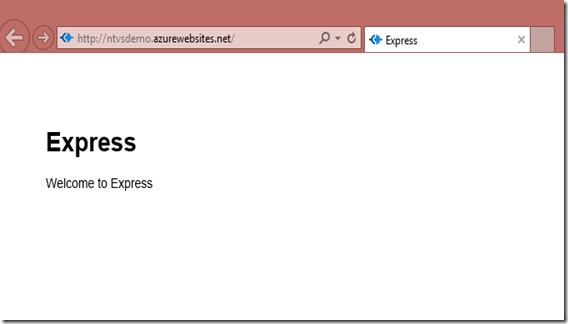