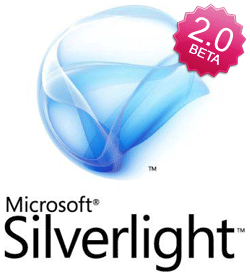 With MIX08 less than a week away and, in turn, the expected arrival of the Silverlight 2.0 beta, I thought it would be fun to ponder how Microsoft is planning to use their new browser-based, cross-platform plug-in. After all, history reveals that many Microsoft platforms have their roots in satisfying internal Microsoft project needs (we owe the "X" in Ajax to the Outlook Web Access team), so it's only fair to assume that from the get-go Microsoft saw the opportunity to use Silverlight to build (or enhance) new products. The question is, which products will get the Silverlight treatment and when?

To create my "Top 5" list, I've scoured the Internet for clues, pondered the skunk-works projects in Microsoft's Live Labs, analyzed Microsoft's competitive landscape, and tossed-in a dash of "gut feeling." Clearly, a thorough scientific process. What follows is my best guess at the products Microsoft is planning on building on Silverlight in the next few years.

So there you have it. The five things Microsoft is most likely to do with Silverlight in the next few years. Clearly, this doesn't cover at length the ways I expect Microsoft enhance Silverlight over the next couple of years or how I expect other companies to use this emerging technology. That's fodder for a different post.

Do you think I'm on track or have I missed the mark? I guess we'll start to know more next week at MIX!