In a constant pursuit of new and more effective ways to implement common JavaScript code patterns I've recently found out (sorry for such probably trivial finding but it was a real news for me) that Array.prototype.slice method can be easily used to make instance of Array from an arguments object.
I instantly decided to use it in my current projects. Currently the same task is performed by simple iteration through members of the arguments object and filling in respective members of a new Array instance.
I was pretty sure that performance of the new variant will be significantly better. It is a native method call after all instead of interpreted JavaScript code. Nevertheless, I wanted to run simple comparison tests and wrote following code: 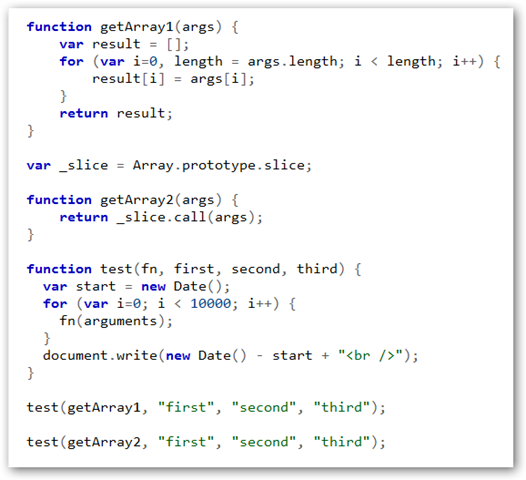 The code is self-explanatory. I used four arguments for method calls. 10000 iterations. An alias for Array.prototype.slice method was added to avoid unnecessary lookup.

The results were surprising. You can see them on the screenshot below. 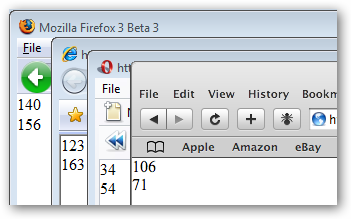 Of the four major browsers that I tested the code against, (FF 3.0b3, IE7, Opera 9.50 Alpha and Safari 3.0.4 (Windows)) only Safari proved my initial expectations.
Why is that? Did I make some error in my test code that I can't notice?