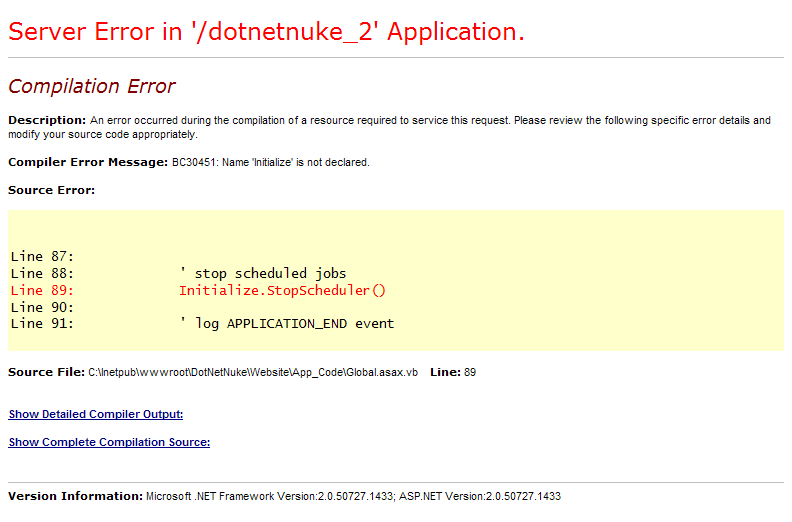 Today was at least the second time that I had seen the above error happen on my local development [DNN] site.  I don't know what happened, maybe I accidentally recompiled the source with something strange in there (though the date on the assembly didn't seem to indicate that), but replacing DotNetNuke.dll in my bin folder with a fresh copy made it go away.  Hopefully this'll help someone else out in the same situation.

*UPDATE*:  I later realized that I had compiled a project with references to an earlier version DotNetNuke, and those references were set to Copy Local.  Moral of the story: make sure you're running what you think you're running.