When most people say database, they mean relational database.  Edgar Codd defined and coined the term at IBM's Almaden Research Center about 40 years ago.  Since that time, relational databases have become the foundation of nearly every enterprise system.  However, Internet-scale systems have begun to push the limits of this venerable technology.  What has sprung up to fill the need?  Various next generation databases addressing some of the following points: being non-relational, distributed, and horizontal scalable.  These attributes are characteristics of the "NO SQL" movement.  In this case, NO stands for "Not Only".  So how many NO SQL databases are there?  More than I care to count.  But most of the fall into the following categories: Document, Graph, Key/Value, and Tabular/Wide Column.

Document Databases are especially interesting.  So what makes them different from the relational model?

A document-oriented database is, unsurprisingly, made up of a series of self-contained documents. This means that all of the data for the document in question is stored in the document itself — not in a related table as it would be in a relational database. In fact, there are no tables, rows, columns or relationships in a document-oriented database at all. This means that they are schema-free; no strict schema needs to be defined in advance of actually using the database. If a document needs to add a new field, it can simply include that field, without adversely affecting other documents in the database. This also documents do not have to store empty data values for fields they do not have a value for. [ from Exploring CouchDB ]

They have some special characteristics that make them kick some serious SQL.

A few of the top document databases are CouchDB, RavenDB, and MongoDB.

So, where is the best place to use a document database?

I'd be interested to hear your experiences with document databases.  I'll go more into a RavenDB in a future post.

UPDATE [2]: You may also want to take a look at my book - RavenDB High Performance 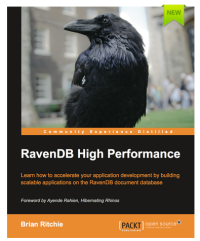