How many times you wanted to move 2 lines by cut and pasting them, but the line you cut last is actually a blank line and your actual code is removed from the clipboard? Visual Studio 2010 has an option that keeps cutting blank lines from overwriting the clipboard. Go and uncheck this one: Tools » Options » Text Editor » All Languages » General » Apply Cut or Copy commands to blank lines when there is no selection 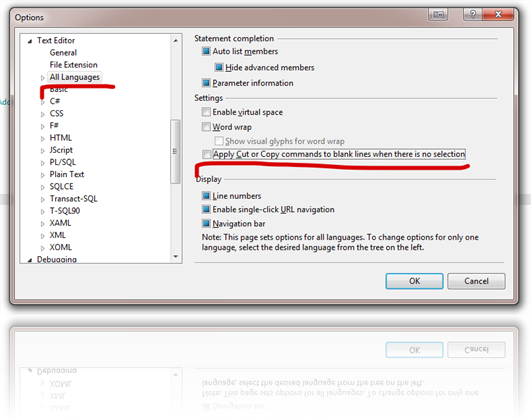 Resharper (not-free) has similar commands for moving lines, by default mapped to Ctrl+Alt+Shift+Up/Down.