A couple of days ago, Charlie Poole announced that the first NUnit 2.5 release candidate is now uploaded. I’ve hurried to get a new version of TestDriven.Net with support for this version ready. I’m happy to announce that TestDriven.Net 2.21 Beta (which includes NUnit 2.5 RC) is now available for download. 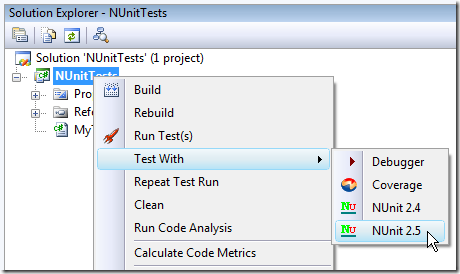 This version also contains improved support for running tests in a 32-bit process. To configure a test project for 32-bit execution, simply select ‘x86’ as the ‘Platform target’ in the project properties. After doing this, the ‘Run Test(s)’ and ‘Test With > NUnit 2.5’ commands will execute your tests in a 32-bit process (this doesn’t work for NUnit 2.4). By default projects configured for ‘Any CPU’ will execute tests in a 64-bit process (unless you’re testing with NCover, Team Coverage or dotTrace). 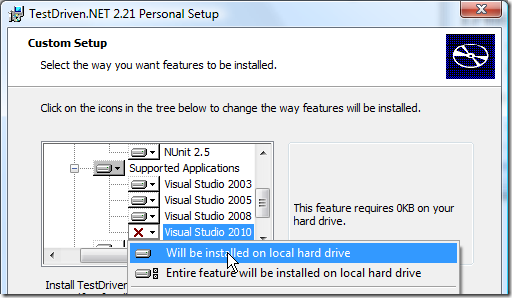 When stepping through code started from TestDriven.Net, you may have noticed that trace/debug messages appeared in the ‘Test’ pane but not the ‘Debug’ pane. Trace/debug diagnostic messages will only appear in the ‘Test’ pane when targeting specific tests, but not when executing all tests in a project / solution.

Here are links to the TestDriven.Net release notes and download.

Don’t hesitate to contact me or the NUnit team if you find any issues with this release.