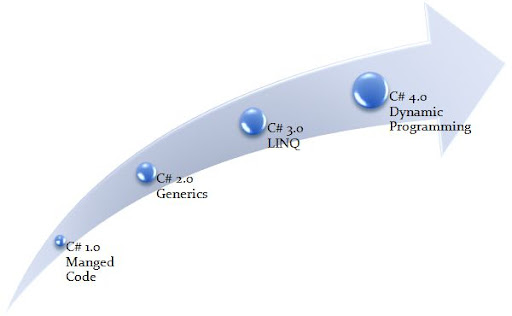 The first release of C# (C# 1.0) was all about building a new language for managed code that appealed, mostly, to C++ and Java programmers.

The second release (C# 2.0) was mostly about adding what wasn’t time to built into the 1.0 release. The main feature for this release was Generics.

The third release (C# 3.0) was all about reducing the impedance mismatch between general purpose programming languages and databases. To achieve this goal, several functional programming features were added to the language and LINQ was born.

Going forward, new trends are showing up in the industry and modern programming languages need to be more:

Besides the influence of these trends, there was a decision of co-evolution of the C# and Visual Basic programming languages. Since its inception, there was been some effort to position C# and Visual Basic against each other and to try to explain what should be done with each language or what kind of programmers use one or the other. Each language should be chosen based on the past experience and familiarity of the developer/team/project/company and not by particular features.

In the past, every time a feature was added to one language, the users of the other wanted that feature too. Going forward, when a feature is added to one language, the other will work hard to add the same feature. This doesn’t mean that XML literals will be added to C# (because almost the same can be achieved with LINQ To XML), but Visual Basic will have auto-implemented properties.

Most of these features require or are built on top of features of the .NET Framework and, the focus for C# 4.0 was on dynamic programming. Not just dynamic types but being able to talk with anything that isn’t a .NET class.

Also introduced in C# 4.0 is co-variance and contra-variance for generic interfaces and delegates.

Stay tuned for more on the new C# 4.0 features.