I am happy to announce that CacheAdapter Version 3.0 has been released. You can grab the nuget package from here or you can download the source code from here

For those not familiar with what the CacheAdapter is, you can read my past posts here, here, here, here and here but basically, you get nice consistent API around multiple caching engines. Currently CacheAdapter supports in memory cache, ASP.Net web cache, memcached, and Windows Azure Appfabric cache. You get to a program against a clean easy to use API and can choose your caching mechanism using simple configuration. Change between using ASP.Net web cache to a distributed cache such as memcached or Appfabric with no code change,just some config.

This latest version incorporates one new major feature, a much requested API addition and some changes to configuration. 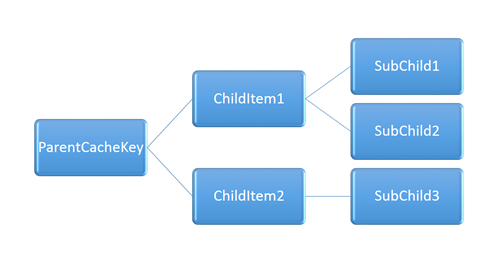 This is supported across all cache mechanisms and will include any cache mechanisms subsequently added to the supported list of cache engines.Later in this blog post (see ‘Details of Cache Dependency features’ below), I will detail how to accomplish that using the CacheAdpter API.

Many users have asked for a way to programmatically clear the cache. There is now a ‘ClearAll’ API method on the ICacheAdapter interface which will do just that. Please note that Windows Azure Appfabric cache does not support clearing the cache. This may change in the future however the current implementation will attempt to iterate over the regions and clear each region in the cache but will catch any exceptions during this phase, which Windows Azure Appfabric caching will throw. Local versions of Appfabric should work fine.

A new interface is available on the ICacheProvider called ICacheFeatureSupport which is accessed via the FeatureSupport property. This is fairly rudimentary for now but provides an indicator as to whether the cache engine supports clearing the cache. This means you can take alternative actions based on certain features.

Now you can achieve the same effect using <appSettings> element as shown here:

The CacheAdapter now supports us of the ChannelOpenTimeout value in the CacheSpecificData section of config for Windows Azure Appfabric caching. This can be useful for debugging scenarios where you need to allow a much longer connection window so you can see the actual error being returned from the host, as opposed to the client forcibly disconnecting before the error is returned. This value is set in seconds. For example, to set this value to 2 minutes, simply use:

The CacheAdapter now supports us of the MaxConnectionsToServer value in the CacheSpecificData section of config for Windows Azure Appfabric caching. This allows fine tuning performance for the number of concurrent connections to the cache service. Currently, the   Azure client defaults to 1.

The major feature introduced in this release is the cache dependency support. Not all cache implementations support this natively (like memcached for example) but generic support has been added across all current and future cache mechanisms. This is performed through the use of a GenericDependencyManager class. This class uses simplistic techniques to achieve dependency management. No cache specific features are employed which is why it works across all implementations of ICache, the generic cache interface that abstracts each cache mechanism. Later releases will include specific classes that implement dependency management in specific ways for each cache engine that support it. Appfabric, for example, has some dependency and notification support built into its API which can be used.

The following code retrieves some data from the cache using a key of “Bit1”. If not present in the cache, it is added. The interesting part is the very last argument, "MasterKey”. This argument specifies that this cache item with a key of “Bit1” is dependent on “MasterKey”.

When “MasterKey” is invalidated from the cache using the API call

then the cache item with key “Bit1” will also be invalidated. Thats pretty much it.

it should be noted that the ‘ParentKey’ or ‘MasterKey’ specified as the parent dependency does not actually have to be an item in the cache. It can be simply any arbitrary name. Simply call InvalidateCacheItem for that parent key and all dependencies are also invalidated.

This interface has the following methods which allow low level implementation of the CacheDependency definitions and perform actions against those dependencies.

Finally, you will notice an action enumeration ( CacheDependencyAction ) that can be associated with dependencies when adding items to the cache which suggest that there is support for raising events or invoking callbacks when a cache item is invalidated. Currently there is no functionality to support this but future revisions may include these depending on the features of the cache used.

And that’s a wrap

I hope these features provide useful for people. I welcome all feedback and also try to get around to managing all pull requests (yes I am pretty slow at this).