I’ve been getting my test harness and reporting tools setup for some performance baselining that I’m doing relative to cloud computing providers and when I left the office on Friday I set off a test that was uploading a collection of binary files (NetCDF files if you care) to an Azure container. I was doing nothing fancy… looping through a directory, for each file found, upload to the container using the defaults for BlobBlock and then record the duration (start/finish) for that file and the file size. The source directory contained 144 files representing roughly 58 GB of data. 32 of the files were roughly 1.5 GB each and the remainder were about 92.5 MB.

I came in this morning expecting to find the script long finished with some numbers to start looking at. Instead, what I found is that, after uploading some 70 files (almost 15 GB), every subsequent upload attempt failed with a timeout error – stating that the operation couldn’t be completed in the default 90-second time window. I started doing some digging into what was happening and so far have uncovered the following:

While this last step was running, I thought it might be good to go back and do some crunching on the data I had so far. The following chart represents the uploads rate from the files that successfully were uploaded on Friday/Saturday followed by the a chart showing the probability density. The mean rate was 2.74 mbits/sec with a standard deviation of 0.1968. It is interesting to note that there was no upward drift at the end of the collection of successful runs, indicating that more than likely, the “fault” was likely caused by something specific rather than being the result of a gradual shift or failure based on usage (imagine a scenario wherein as more data is populated in a container, indexes slow down, causing upload speeds to trail off). 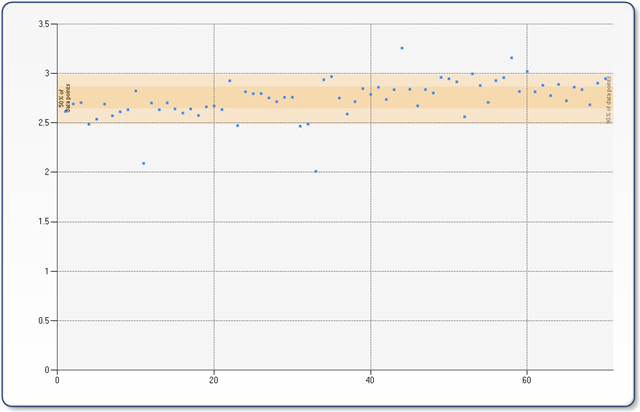 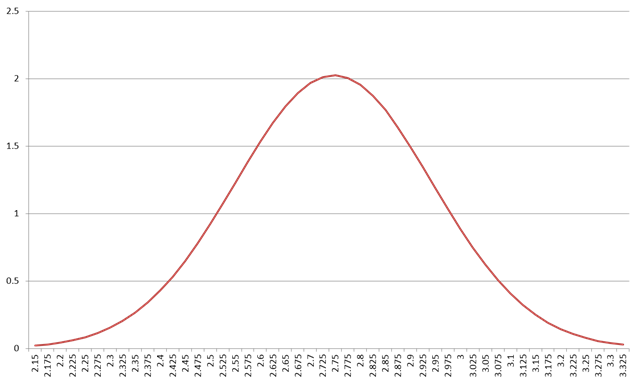 I then ran similar reports against the data I from this morning’s runs. I’m still in the process of generating a full report on the data, but a representative sample shows the following: The mean upload rate was 0.15 mbits/sec with a standard deviation rate of 0.0375. This is over 17x slower than Friday. This data points represented below are for three batches – the first batch used a WriteBlockSizeInBytes of 256K, the second used 1MB, and the third used 2MB (10 points per size). The file upload did not succeed with the 2MB size – only finished about 1/4th of the full file. 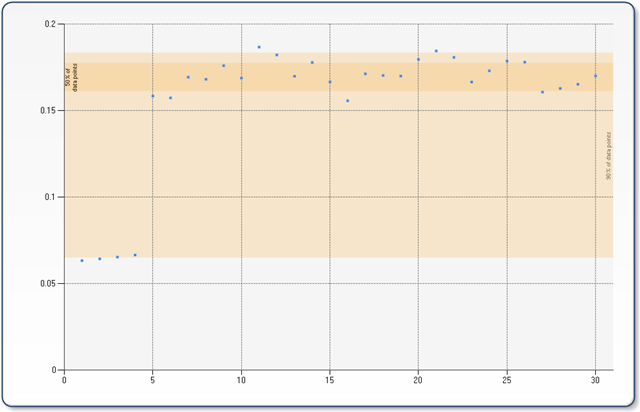 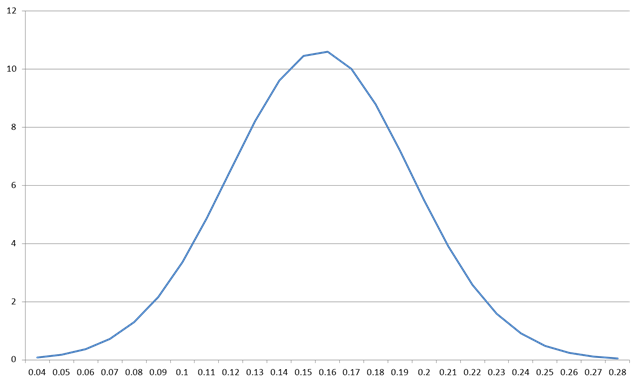 I’ve seen a few comments from others today that indicate the slow down may be widespread – My next course of action is to attempt to run the tests from a few different locations to hopefully eliminate my local network as the problem set and have more data with which to address the issue.