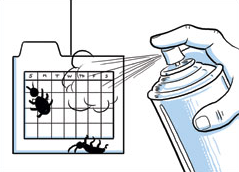 As pretty much the entire developer world knows by now, Google recently made a splash by introducing their own "home grown" browser called Google Chrome. The browser was introduced as "the browser that does everything right because it doesn't have legacy baggage," and it has largely lived up to its billing. The browser is fast. It's easy on the memory footprint. And it's definitely got Google's minimalist signature all over it.

That said, as I sit here typing this, I'm waiting for Google Chrome to respond. It seems one of my tabs has introduced some nasty JavaScript and completely hosed the entire, well, chrome. That's right. The sin which Chrome was supposed slay (one tab crashing the whole browser) still lives. And that's not the only sin that lives.

In the weeks since Chrome's introduction, I've been using it as my new primary browser (move over Firefox 3 and your continued memory bloat). Over that period, I have come to appreciate the good and the bad with Google's freshman browser effort, and I can definitely report that it has its issues. Not enough to make me stop using Chrome as my primary browsing browser, but enough take some of the shine off Google's glistening browser.

Among the observed problems, here are my top "complaints" (or "ways it could be improved" for you optimists out there):

What does this all mean? It means Chrome is a "really good" browsing browser, but it's not good enough to be your only browser (yet). You still need Firefox or IE around to load specific sites or perform serious analysis on web pages. A pretty substantial accomplishment for a "brand new" (its roots are quite established, really) browser, so Google should be proud. If I were Mozilla, I'd probably start to reconsider those lunches at Mountain View - Google is definitely poised to kill Firefox popularity in a few years time.

I still plan to use Chrome as my primary browsing browser going forward. It loads faster than any browser out there (from a cold start), and that alone keeps me coming back. I'm also a fan of the new "intelligent" start page and the super-effective "everything bar." In fact, I've grown so used to using the address bar for both search and navigation in Chrome that I cringe when I'm forced to use a separate UI for those tasks in IE, Firefox, and Safari. With a little more time and a little more polish, I'm sure Chrome will really shine and quickly become my primary browser for browsing and developing.

What do you think of Chrome? Have you become a Chrome convert or do think Google's missing the mark?