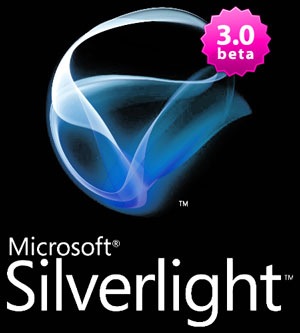 Even though Silverlight 2.0 has yet to see the "official" light of day, we know that the beta introduced at MIX08 represents a "feature complete" version for this release cycle. Between beta 1 and the RTM expected towards the end of summer, Microsoft will not add any major new features to the Silverlight platform. Instead, they'll focus on performance improvements, platform stability, and a number of other "polish" issues like ClientBin security.

Imagine my surprise, then, when I completed a short survey sent to attendees of MIX08 asking for input on how we'd like Microsoft to improve Silverlight. Clearly, we're talking about a version of Silverlight beyond 2.0, but nonetheless I found it interesting to see the questions on Microsoft's mind when it comes to talking about the future of their infant platform. There were plenty of questions you'd expect- Are you using Flash? Have you heard of Air? What do features do think are important in Silverlight 2?- but most interesting to me was a list of features Microsoft asked survey takers to rank.

A list of 20 possible "new features" in Silverlight was presented and we were asked to rank each as a "Must [have]", "Nice [to have]", or "Not [needed]" (I've extended the cryptic ranking descriptions for clarity). Here is the complete list of features presented:

What makes this list very interesting is that it is from Microsoft, which means these are the features on the minds of the Silverlight development team. Some of the ideas seem inevitable, like offline storage, a richer text control, and printing support, while others really surprised me, like access to all of a hard drive and hardware accelerated graphical effects. This survey wasn't sent on April 1st (it's been sitting in my Inbox for a while), so none of these are April Fools, including access to all of a hard drive!

In fact, almost half of the features deal with adding more interaction with and access to the local computer. I know many people would love more local system access in Silverlight, but that has generally been regarded as an impossibility if Silverlight has any hopes of remaining a secure and trustable plug-in. That makes me wonder if this list represents features Microsoft really thinks it can implement or simply a collection of the most often requested features. My hope is for the prior, though I have no idea (and I'm sure MS doesn't either) how some of these features could be implemented securely.

Also interesting are the features absent on the list. Where's the interest in full .NET support? Where's the requests for easier data binding? Or how about just improved text rendering? (Or am I the only one that thinks Silverlight renders text a little blurry vs. the browser?)

So what do you think of this list? Are the features you want in the next version of Silverlight represented? If not, now's the time to start sounding-off and letting your requests be heard. Before you know it, Silverlight 2 will be official and the feature set for Silverlight 3 will already be well underway.