There are times in asp.net when I really want to know which control in the page raised caused the page to post back. An easy way to find this is to register an event with the control that raises PostBack and cast the sender property to the appropriate control as shown below. 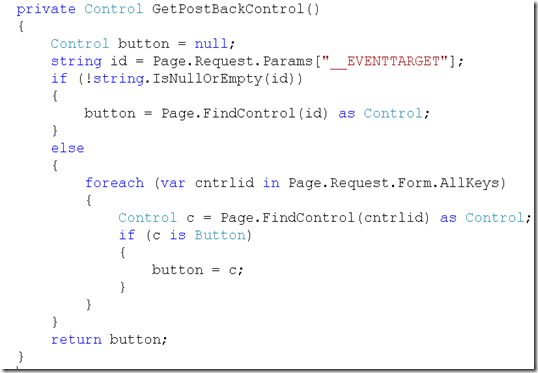 In the small example above, I illustrated how to get the control that raised the PostBack early in the page life cycle. This will be beneficial mostly when you want to create controls dynamically based on what control caused the PostBack.