If you are like me, migrating to entity framework from linq to SQL, I must say you have been spoiled. What seemed to be very simple has gotten much more complex. I find that Entity framework solved my persistence ignorance problem but brought me much more complicated problems to deal with. Here is one that took ages to find out

In linq to SQL, I can not only control the namespace for datacontext but also the code generated classes for entities generated by linq to SQL. Bellow is the snap shot that shows where I can make these changes. 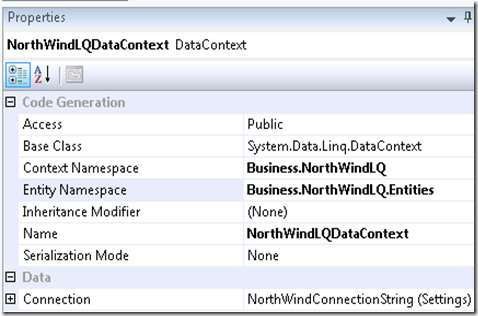 In the above screen shot, you can see that I am given two options to namespace generation. First, I get to specify which namespace my datacontext gets generated in. Second to avoid name collision, I am also given the opportunity to specify where my code generated entities are created. The option of Entity Namespace can be used to specify the namespace where entities are generated. On changing that you can also confirm that linq to SQL designer performed what you told it do by going to the designer.cs file. Below example shows the preview. 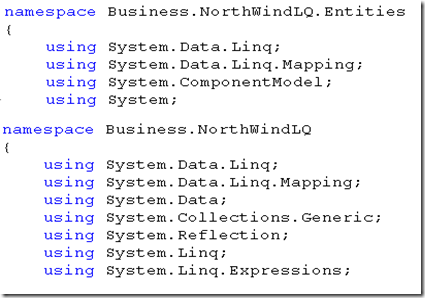 Below is an example that shows this behavior. 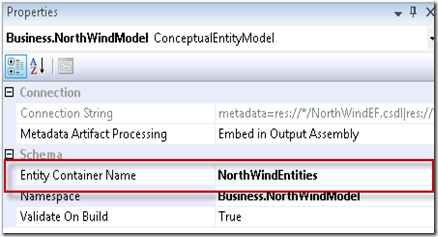 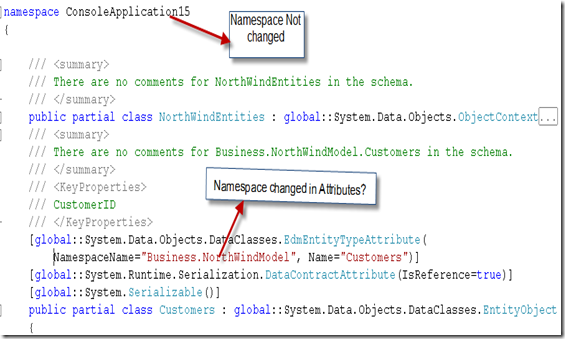 After struggling for half an hour, I finally decided to right click the edmx file and sure enough i was greeted with another namespace change that actually allowed me to define which namespace my CLR objects be generated in. 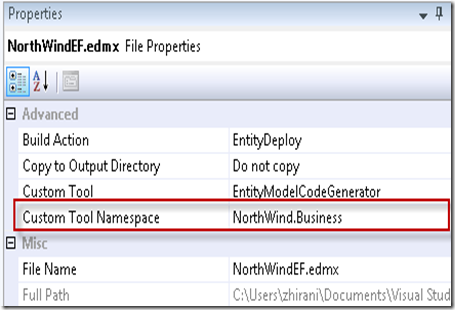 Hopefully some of you will save sometime if you cant see an option for changing the namespaces for code generated entities.