I had an opportunity to talk with Carl Franklin and Richard Campbell (the .NET Rocks guys) on their new show called The Tablet Show. It’s always fun talking with them since there’s never a boring moment or lull in the conversation. In this episode we talk about the new WinRT framework used to build Metro apps in Windows 8, the future of Silverlight, the drama some developers seem to love, and a bunch of other topics related to development including why Microsoft is moving toward the Start Screen that you see in Windows 8. Give the show a listen by clicking the image below. 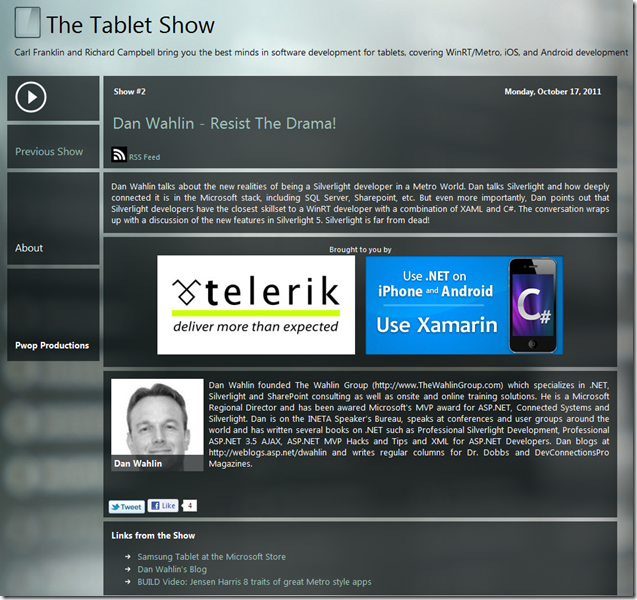