The MSDN team has been working some potential changes to the online MSDN Library designed to help streamline the navigation experience and make it easier to find the .NET Framework information you need.

To solicit feedback on the proposed changes while they are still in development, they’ve posted a preview version of some proposed changes to a new MSDN Library Preview site which you can check out.  They’ve also created a survey that leads you through the ideas and asks for your opinions on some of the changes.  We’d very much like to have as many people as possible people take the survey and give us feedback.

Quick Preview of Some of the Changes

Below are some examples of a few of the changes being proposed: 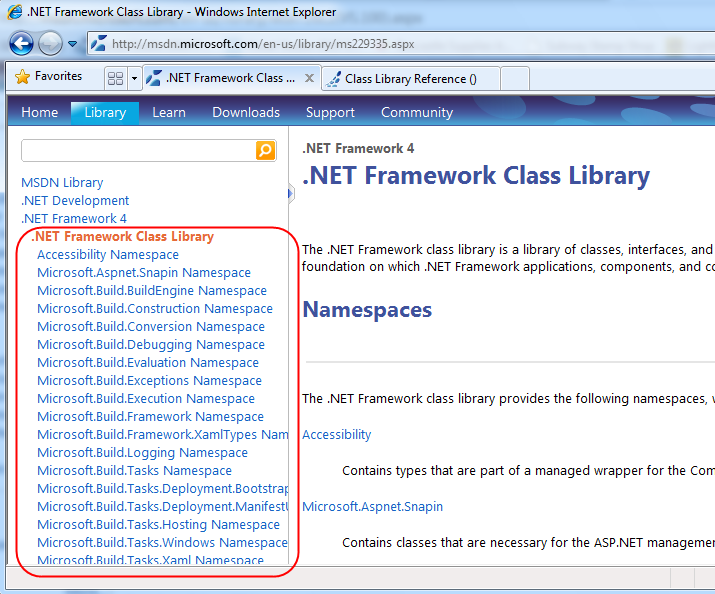 Two downsides of the above approach are:

The new MSDN Library Preview Site now lists “System” namespaces first (since those are the most used), and the home-page lists just top-level namespace groups – which makes it easier to find things, and enables the page to load faster: 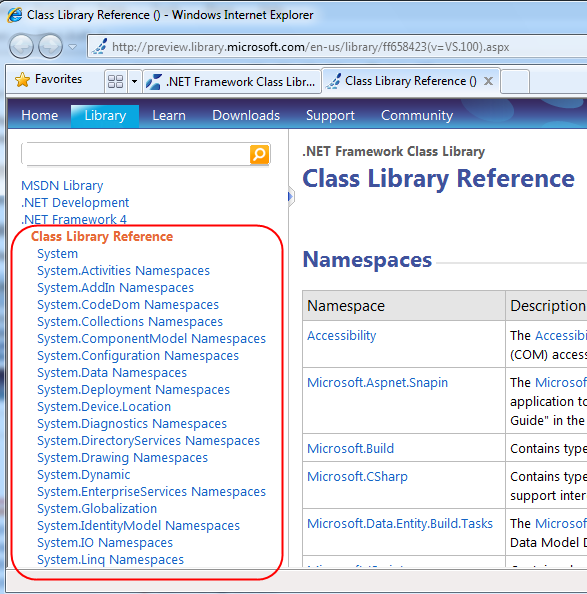 Previously you had to navigate to several different pages to find member information about types: 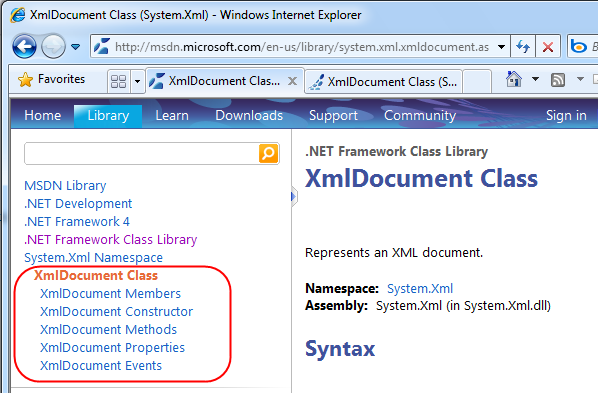 Links to these are still available in the MSDN Library Preview Site TOC – but the members are also now listed on the overview page, which makes it easy to quickly find everything in one place: 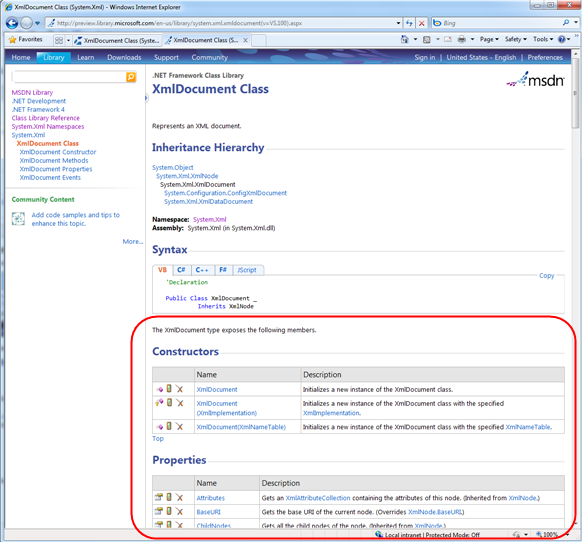 Commonly used things are nearer the top of the page

One of the other usability improvements with the new MSDN Library Preview Site is that common elements like “Code Examples” and “Inheritance Hierarchy” (for classes) are now listed near the top of the help page – making them easy to quickly find: 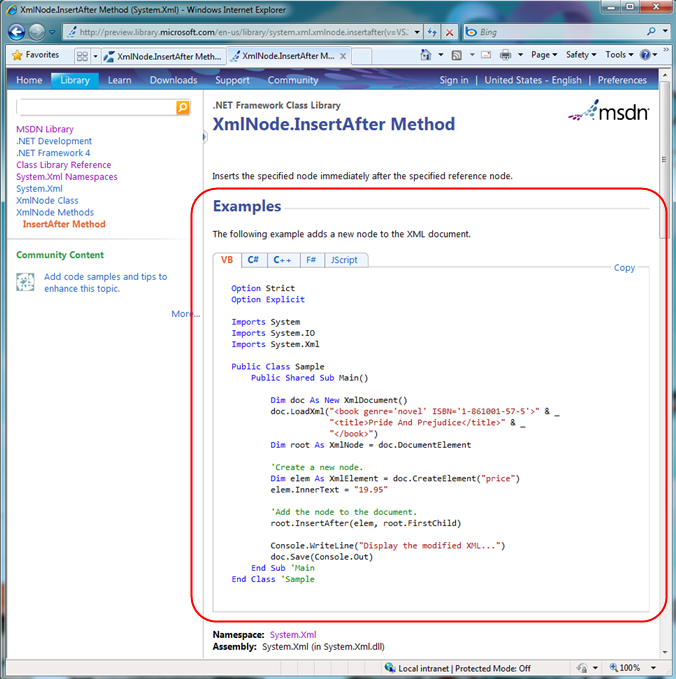 Give Us Feedback with a Survey

Above are just a few of the changes made with the new MSDN preview site – there are many other changes also rolled into it.  The MSDN team is doing usability studies on the new layout and navigation right now, and would very much like feedback on it.

If you have 15 minutes and want to help vote on which of these ideas makes it into the production MSDN site, please visit this survey before June 30, play with the changes a bit, and let the MSDN team know what you think.

Important Note: the MSDN preview site is not a fully functional version of MSDN – it’s really only there to preview the new ideas themselves, so please don’t expect it to be integrated with the rest of MSDN, with search, etc.  Once the MSDN team gets feedback on some of the changes being proposed they will roll them into the live site for everyone to use.