Tomorrow’s presidential inauguration of Barack Obama will be a truly historic event.

Silverlight is being used as an enabling technology on several sites that will allow those of us who can’t be there in person to share the experience online.

The Presidential Inaugural Committee has worked with iStreamPlanet to enable live and live and on-demand video streaming of the Inauguration events at the official Presidential Inaugural Committee web site: www.pic2009.org. It streamed its first live video on Saturday, with the train ride that took President-elect Obama from Philadelphia to Washington, D.C. The official Inaugural swearing-in ceremony, speeches and parade will also be streamed live online on Tuesday, January 20. 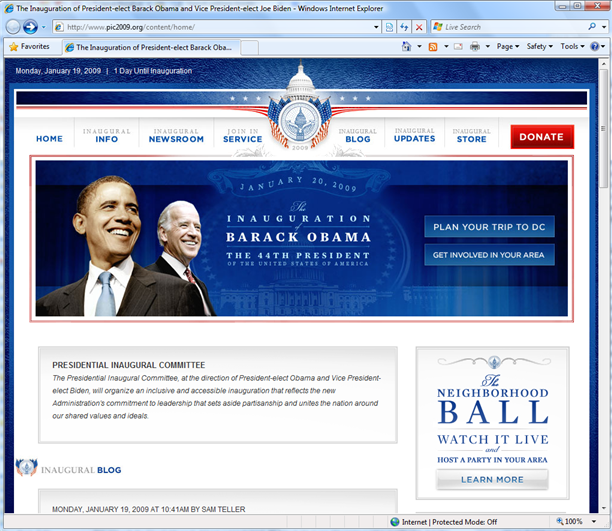 You can read more about the Presidential Inaugural Committee here.

Update: The site was viewable not just on Windows and Mac systems with Silverlight, but also on Linux systems using Moonlight (the Linux version of Silverlight built by Novell),  You can learn more about the Linux support here.

CNN and MSNBC with Photosynth

CNN and MSNBC are both launching Photosynth viewers that will help capture the Oath of Office experience. They will combine pictures takes from professional photographers with pictures uploaded from people in the crowd to create an interactive Photosynth experience of the event using Silverlight’s built-in DeepZoom feature to deliver an amazing 3D viewing of it.

Check out CNN’s and MSNBC’s pages a few hours after viewers send in their pictures of the inauguration crowd, the President-elect’s raised hand, and everything in between. 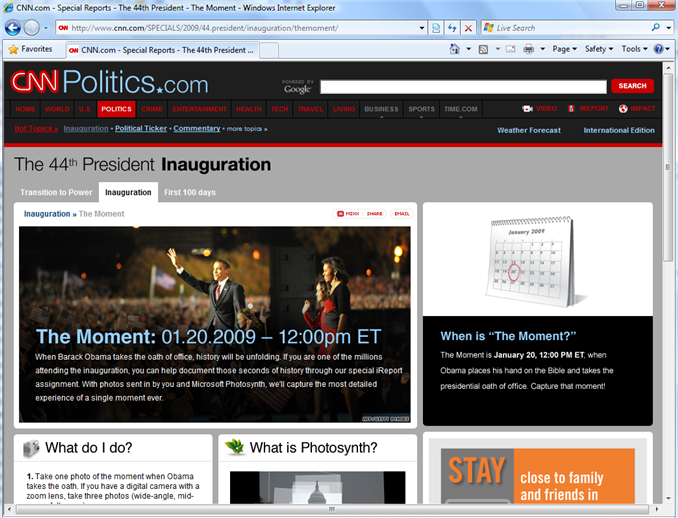 You can learn more about Photosynth and Silverlight from the Photosynth team blog here.

CBS Television Stations will be leveraging Silverlight and Move Networks’ streaming services to deliver a live HD streaming experience (up to 2.4 Mpbs) for online viewers. CBS will roll out the experience to a number of major market stations including: Chicago, Los Angeles, Denver and New York. Visitors to the CBS sites will be able to watch a variety of inaugural activities, with up to seven camera feeds for live events, as well as reports from CBS reporters on site, and real-time Twitter integration. 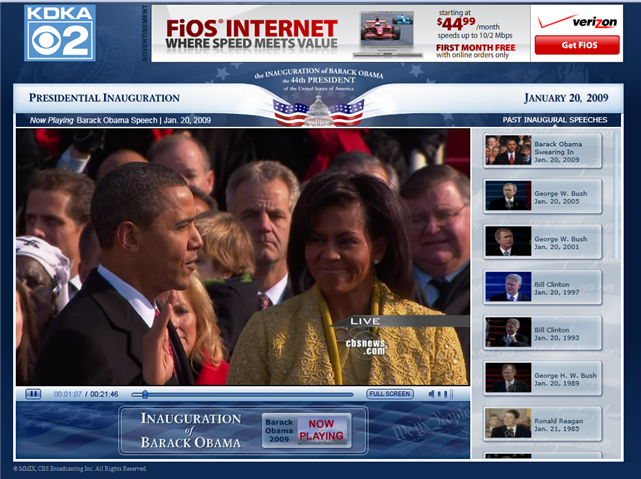 You can watch the CBS experience here.

This week will be an exciting part of history.  Hope you get a chance to enjoy experiencing it with Silverlight!