Earlier this week Jason Zander announced the availability of a new VS 2010 Productivity Power Tools release that includes a bunch of great new VS 2010 extensions that provide a bunch of cool new functionality for you to take advantage of.

You can download and install the release for free here.  Some of the code editor improvements it provides include:

And last – but not least – it includes a new and improved “Add Reference” dialog: 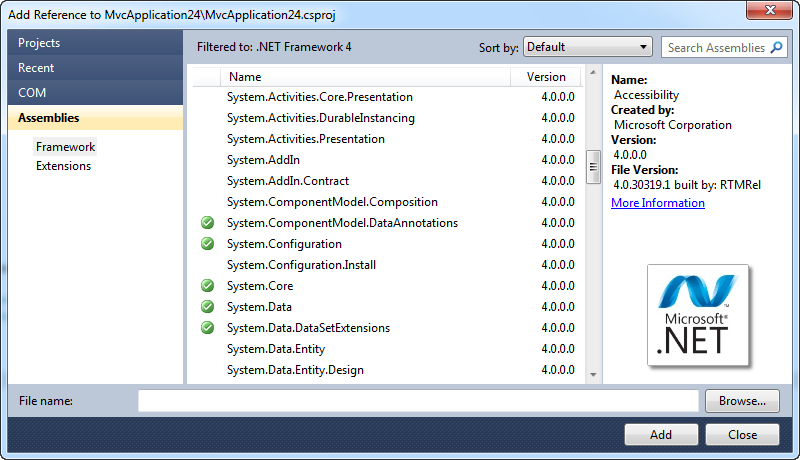 You can read more about all of the above improvements in Jason’s blog post about the release.

Earlier this week we also shipped a new feature pack that adds additional modeling and code visualization features to VS 2010 Ultimate.  You can download it here.

The Visualization and Modeling Feature Pack includes a bunch of great new capabilities including:

Jason’s blog post covers more about these features as well.