VS 2008 and .NET 3.5 Beta 2 will ship later this summer, and the Beta 2 release will support a go-live license for those who want to put applications into production using the new features immediately.

One of the big changes we are making starting with the VS 2008 release is to support what we call "Multi-Targeting" - which means that Visual Studio will now support targeting multiple versions of the .NET Framework, and developers will be able to start taking advantage of the new features Visual Studio provides without having to always upgrade their existing projects and deployed applications to use a new version of the .NET Framework library.

Now when you open an existing project or create a new one with VS 2008, you can pick which version of the .NET Framework to work with - and the IDE will update its compilers and feature-set to match this.  Among other things, this means that features, controls, projects, item-templates, and assembly references that don't work with that version of the framework will be hidden, and when you build your application you'll be able to take the compiled output and copy it onto a machine that only has an older version of the .NET Framework installed, and you'll know that the application will work.

To see an example of multi-targeting in action on a recent build of VS 2008 Beta 2, we can select File->New Project to create a new application. 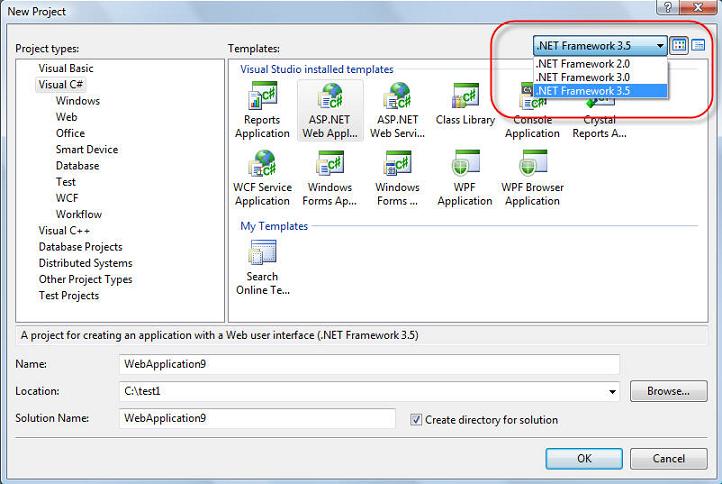 If I change the dropdown to target .NET 2.0 instead, it will automatically filter the project list to only show those project templates supported on machines with the .NET 2.0 framework installed: 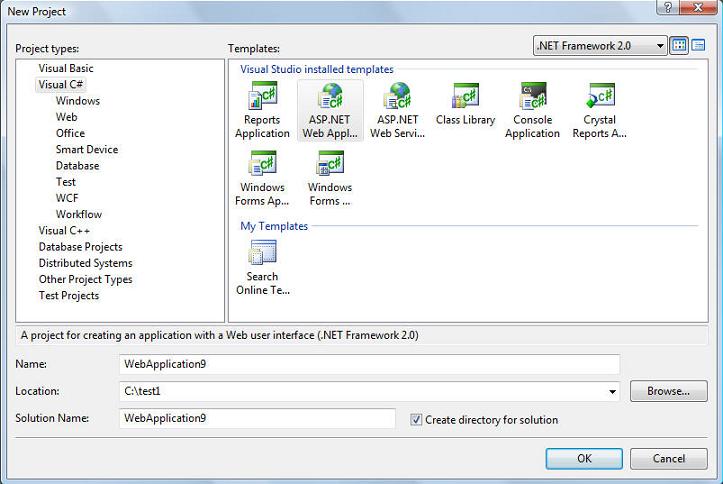 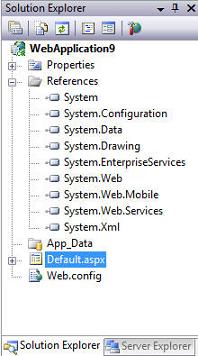 When you go to the control Toolbox, you'll see that only those controls that work on ASP.NET 2.0 are listed:

And if you choose Add->Reference and bring up the assembly reference picker dialog, you'll see that those .NET class assemblies that aren't supported on .NET 2.0 are grayed out and can't be added to the project (notice how the "ok" button is not active below when I have a .NET 3.0 or .NET 3.5 assembly selected): 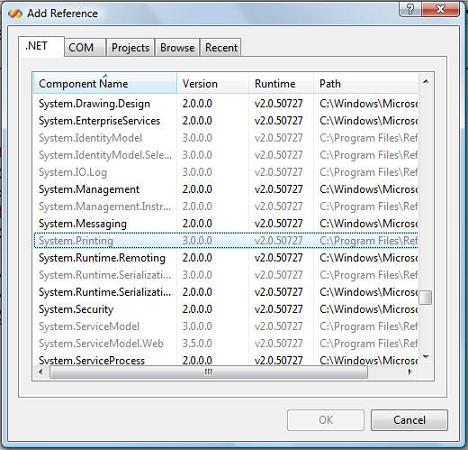 You might be wondering: "so what value do I get when using VS 2008 to work on a ASP.NET 2.0 project versus just using my VS 2005 today?"  Well, the good news is that you get a ton of tool-specific value with VS 2008 that you'll be able to take advantage of immediately with your existing projects without having to upgrade your framework/ASP.NET version.  A few big tool features in the web development space I think you'll really like include:

You'll be able to use all of the above features with any version of the .NET Framework - without having to upgrade your project to necessarily target newer framework versions.  I'll be blogging about these features (as well as the great new framework features) over the next few weeks.

So how can I upgrade an existing project to .NET 3.5 later?

If at a later point you want to upgrade your project/site to target the NET 3.0 or NET 3.5 version of the framework libraries, you can right-click on the project in the solution explorer and pull up its properties page:

You can change the "Target Framework" dropdown to select the version of the framework you want the project to target.  Doing this will cause VS to automatically update compiler settings and references for the project to use the correct framework version.  For example, it will by default add some of the new LINQ assemblies to your project, as well as add the new System.Web.Extensions assembly that ships in .NET 3.5 which delivers new ASP.NET controls/runtime features and provides built-in ASP.NET AJAX support (this means that you no longer need to download the separate ASP.NET AJAX 1.0 install - it is now just built-in with the .NET 3.5 setup): 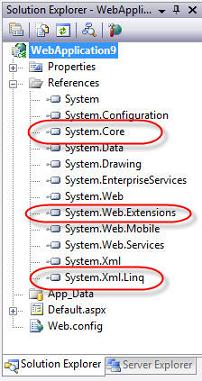 Once you change your project's target version you'll also see new .NET 3.5 project item templates show up in your add->new items dialog, you'll be able to reference assemblies built against .NET 3.5, as well as see .NET 3.5 specific controls show up in your toolbox.

For example, below you can now see the new <asp:listview> control (which is an awesome new control that provides the ability to do data reporting, editing, insert, delete and paging scenarios - with 100% control over the markup generated and no inline styles or other html elements), as well as the new <asp:linqdatasource> control (which enables you to easily bind and work against LINQ to SQL data models), and <asp:datapager> control show up under the "Data" section of our toolbox:

Note that in addition to changing your framework version "up" in your project properties dialog, you can also optionally take a project that is currently building against .NET 3.0 or 3.5 and change it "down" (for example: move it from .NET 3.5 to 2.0).  This will automatically remove the newer assembly references from your project, update your web.config file, and allow you to compile against the older framework (note: if you have code in the project that was written against the new APIs, obviously you'll need to change it).

Unfortunately the VS 2008 multi-targeting support only works with .NET 2.0, .NET 3.0 and .NET 3.5 - and not against older versions of the framework.  The reason for this is that there were significant CLR engine changes between .NET 1.x and 2.x that make debugging very difficult to support.  In the end the costing of the work to support that was so large and impacted so many parts of Visual Studio that we weren't able to add 1.1 support in this release.

We are trying to make sure that .NET Framework 3.5 is a super compatible upgrade from .NET 2.0, and not require you to change any code in order to target the new framework version.  We've deliberately made only non-breaking modifications to existing .NET assemblies in the .NET 3.5 release, and where possible added new features in separate assemblies to minimize the chance of breaking changes.

We are also not making project model or build changes with VS 2008.  I, like you, hope to never to go through that again!  Both the "web site" and "web application project" models will be fully supported going forward.