Back to Seattle Convention Center for Ray Ozzie and Steve Ballmer keynotes, then the farewell lunch. 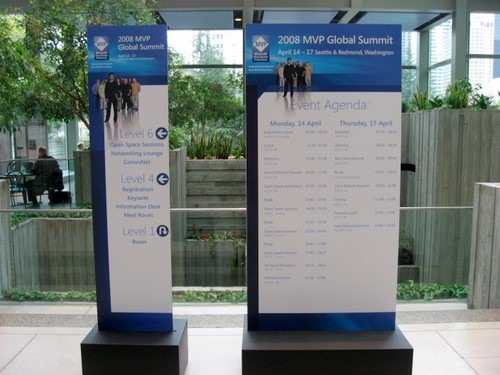 As usual Steve made a great show, with energy and passion. The one he did at MIX08 was a bit better and funnier but it is always good to see him live on stage!! 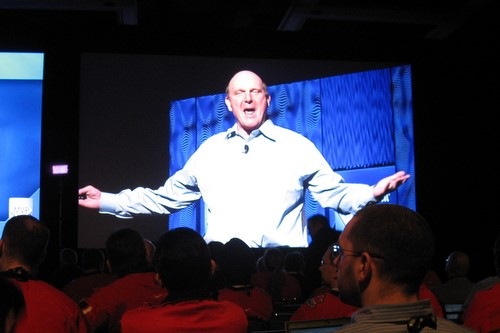 And Steve Ballmer is now one more honorary Canadian! Once again Canadian MVPs stole the show!! 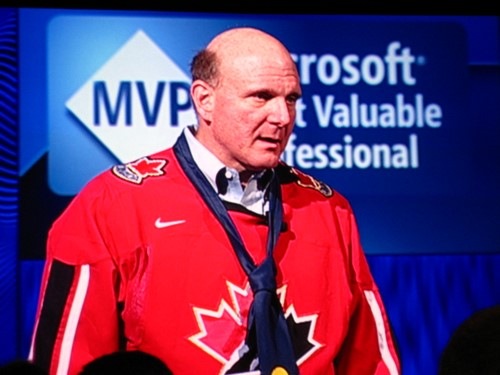 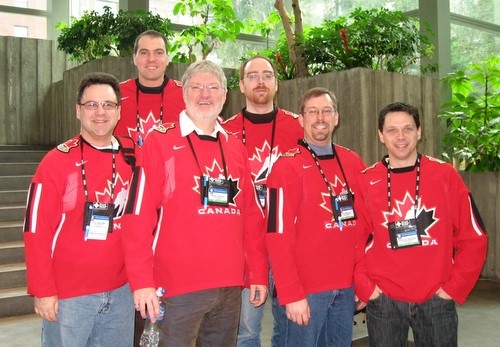 Finally Guillaume Belmas is a happy winner! I am happy to give the winning puck to a french MVP, Guillaume is very friendly and deserve his Canadian jersey! 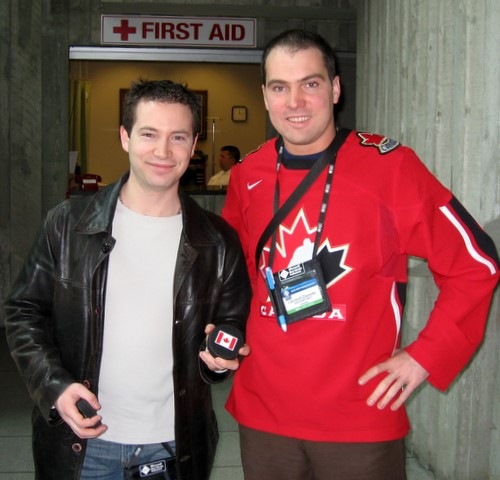 In exchange he gave me his beret : I'm now a real French/Canadian MVP!! 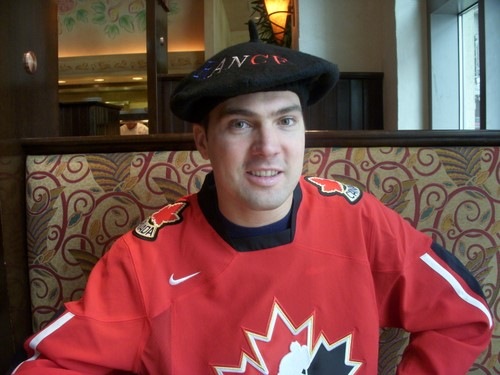 This MVP Summit was truly awesome!! Far better than last year to me (very poor technical content in 2007). This year Scott Guthrie and his team showed us some incredible stuff (specially for Silverlight), we got a A LOT MORE information than at MIX08 (so the exact opposite as 2007).

On top of that the social aspect of this event is unbelievable!!!!