We shipped Silverlight 2 last month.  Over the last 4 weeks, the final release of Silverlight 2 has been downloaded and installed on more than 100 million consumer machines.  It has also recently been published to corporate administrators via the Microsoft SMS and Microsoft Update programs to enable them to automatically deploy across enterprises.  Over 1 in 4 computers on the Internet now have some version of Silverlight installed.

Silverlight 2 was a major release, and delivered an impressive set of cross-browser, cross-platform functionality for Media and Rich Internet Application experiences.  It has been great watching new sites launch using it.

Silverlight 2 enables the highest quality video on the web, and delivers it with the lowest TCO of any media platform.

One of the capabilities built-into Silverlight 2 is its support for "adaptive streaming" - which enables video to be delivered at multiple bitrates (for example: 400Kbits, 800Kbits, 1.5Mbits, 2Mbits) with Silverlight dynamically choosing the optimal bitrate to use depending on the network bandwidth and CPU capability of the client (it can also automatically switch bitrates seamlessly if conditions change later).

Last month we announced that Microsoft will be adding adaptive streaming support as a free feature of our IIS7 web-server.  IIS Smooth Streaming will provide an integrated way to deliver HD quality adaptive video over the web. Visit Akamai's www.smoothhd.com site to see some awesome examples of Silverlight 2 and IIS Smooth Streaming in action (with adaptive streaming up to 2.5Mbits).

The NBC Olympics site used Silverlight 2 to serve more than 3,500 hours of live and on-demand Olympic coverage to over 60 million unique visitors this summer.  Visitors to the site watched an average of 27 minutes of video - which is stunningly high for online video.  The site used the new Silverlight adaptive streaming capability to support 1.5Mbit bitrates - which helped deliver an awesome video experience: 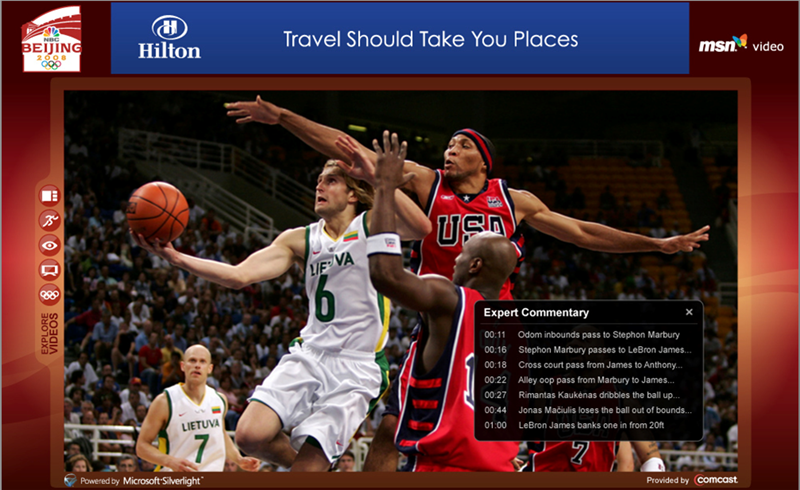 In addition to powering the Olympics experience in the US, Silverlight was also used in France (by FranceTV), the Netherlands (by NOS), Russia (by Sportbox.ru) and Italy (by RAI).  In addition to video quality, a big reason behind these broadcasters decision to use Silverlight was the TCO and streaming cost difference Silverlight provided.  In the August 2008 edition of Web Designer Magazine (a Dutch publication) a NOS representative reported that they were able to serve 100,000 concurrent users using Silverlight and 40 Windows Media Servers, whereas it would have required 270 servers if they had used Flash Media Servers.

Over the last month we've seen several major new deployments of Silverlight for media scenarios.  For example: CBS College Sports is now using Silverlight to stream NCAA events from its 170 partner colleges and university.  Blockbuster is replacing Flash with Silverlight for its MovieLink application. And Netflix two weeks ago rolled out its new Instant Watch service using Silverlight. 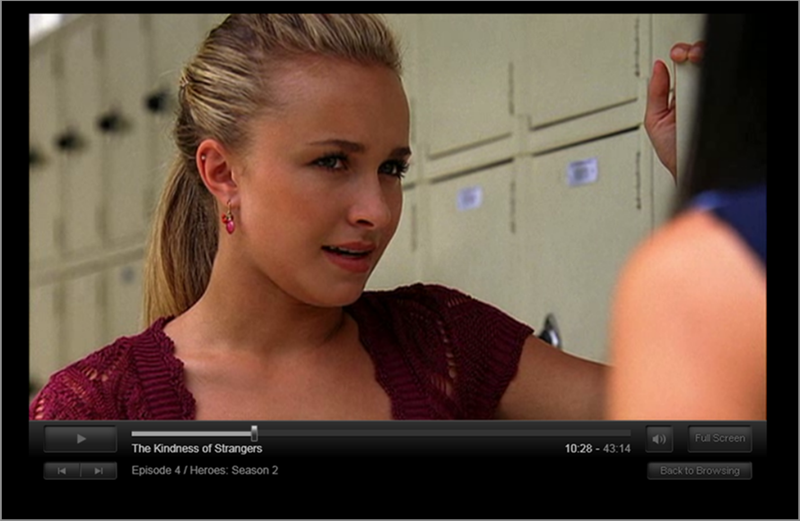 Developers can use either VS 2008 or the free Visual Web Developer 2008 Express to open and edit Silverlight 2 projects, and get a powerful code-focused .NET development environment.  Designers can use Expression Blend 2 SP1 to open and edit the same projects and use a creative tool to sculpt and create rich user experiences.  I recently blogged about the nice developer/designer workflow this enables here.  Two weeks ago at the PDC we also shipped the first release of our Silverlight Toolkit - an open source project which adds additional runtime controls and components for Silverlight 2 development (including new charting controls). 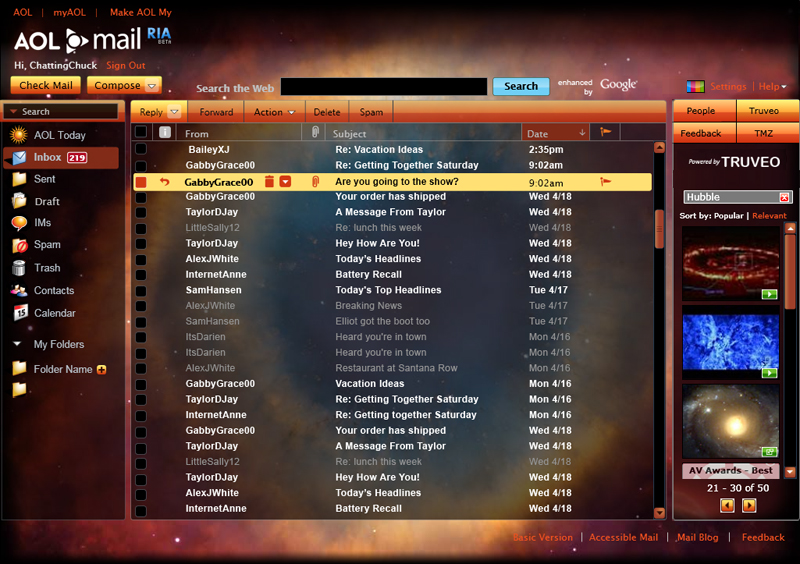 Microsoft is also deploying new Silverlight based RIA experiences.  The Windows Live Team's new photo application (photos.live.com) and video communications application (videomessages.live.com) are both built with Silverlight 2, as is the new MSN Toolbar (it uses Silverlight to customize the browser frame).  Last month at the PDC we also gave a first sneak-peak demo of some of the new Office 14 Web Companion RIA applications which use Silverlight.

Next year Visual Studio and Visual Web Developer Express will also support a fully editable and interactive designer for Silverlight, and add tool support for data-binding: 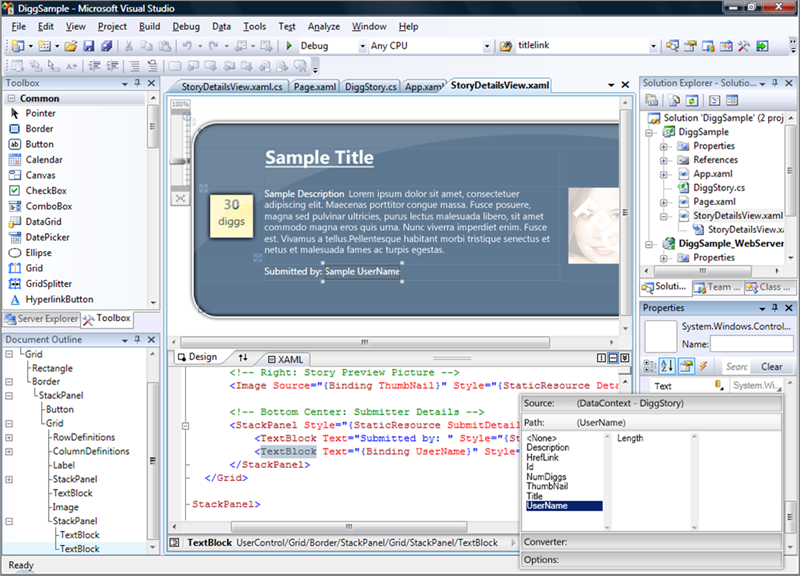 We are pretty excited about where Silverlight is today, as well as the roadmap in place over the next year.  It has been really great to watch customers go live with cool solutions.  The next year is going to be a fun one as more and more sites launch with Silverlight 2, and as even bigger scenarios are enabled with Silverlight 3 and beyond. :-)