As I’m in vacation, I thought I’d make a post on something different but still quite geeky. I really like to see how people set-up their video systems: there isn’t just one way to do it right and I can’t think of two friends of mine who have something even remotely similar. So I’ll describe my setting and invite you to drop me a comment and describe yours. I’ll also tag a few friends and ask them to describe theirs. I’ll post links here. 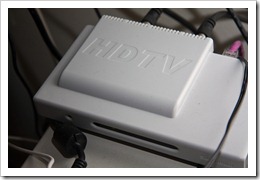 I almost stopped watching TV over the last few years. I certainly never, ever watch it live. But there is still a handful of shows that I still record in order to get them early and in HD. For that, I installed a simple HD antenna on my roof, that I pointed to the best Seattle relays using AntennaWeb. To receive the signal from the antenna, I use a HD Homerun, which is a great external double HDTV tuner that connects directly to your wired network. This makes it possible for all the computers on your network to show and record HDTV. It is of course perfectly compatible with Media Center. 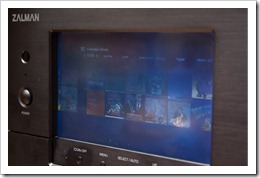 The machine where I store all my media (music, TV shows and movies) is a Windows 7 Media Center installed on a fancy Zalman HTPC case with a built-in touch screen. The touch screen is very useful to do stuff on the Media Center without turning on the TV. It would be even more useful if Media Center supported multiple monitors properly and could show the menus on one screen and the video on another. Maybe in a future version…

The Media Center has two hard drives for a total capacity of 1.5TB. It is a little too noisy to my taste and the Zalman software that regulates fan speed is a little clunky by it is a very well-built box that I like a lot nonetheless. 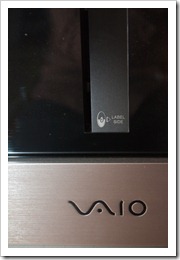 Attached to the Media Center is a 200 DVD VAIO jukebox that I hope to retire once I’m done transferring my DVD collection to MP4 using Handbrake (the one and only DVD transfer application that ever worked for me without adding a 1 second delay between image and sound). I hope to retire it because although the integration with Media Center is perfect, it is a very big object and it’s quite slow at loading DVDs.

The software that I installed on the Media Center is kept to a minimum.

On top of Media Center (which comes with Windows 7), I’ve installed enough codecs to be able to read pretty much any video file ever created (except for Quicktime or Real, those I just cannot tolerate). 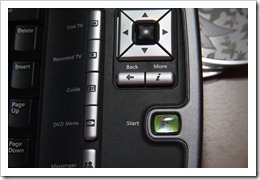 I also have the Hulu desktop software, which unfortunately doesn’t integrate into the Media Center UI. Lame. About Hulu, I also have a license of PlayOn to stream Hulu and YouTube to the Xbox and PS3. Totally worth the $39.99.

Netflix streaming is built-in and integrated in Media Center so nothing to install there.

Finally, I have the Zune software installed to manage all the family’s Zunes and our Zune Pass subscription.

The only thing that the Media Center can’t play is HD-DVD (not a big problem anymore) and Blu-ray.

I’m a gamer, and I play primarily on the Xbox. I love the system and I’m addicted to achievements. But it’s also a more than capable media player that I prefer to use over the Media Center whenever I can because its interface is built for ten-foot operation from beginning to end, whereas the Media Center is a 10’ interface built on the Windows shell, which is a 3’ interface. It doesn’t leak most of the time, but when it occasionally does, it kinda sucks and you have to use the mouse or keyboard. No such thing ever happens with the Xbox. 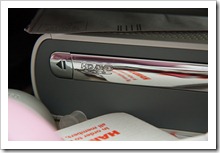 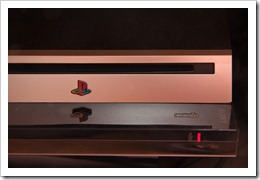 There are some movies that do deserve the HD treatment, and my Netflix subscription has the Blu-ray option. There are now very affordable Blu-ray players on the market, but the PS3 is pretty much guaranteed to always be updated to the latest spec, and there’s no doubt that it’ll have the processing power to follow them. Because of this and because I enjoy PS3 exclusives just as much as I enjoy Xbox exclusives, I opted to buy a PS3 rather than a dedicated Blu-ray player. 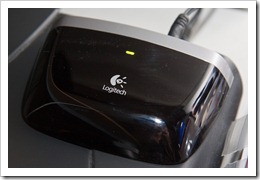 But one major design flaw of the PS3 for video playback is that it only supports Bluetooth remotes. I just can’t understand why they made that choice, beyond trying to look cute. The number of remotes I want in my living room is one. Not two. One. Sony’s failure to include a cheap IR receiver in the PS3 means you either need an extra remote (or a controller) that you’re only going to use with the PS3, or you need to work around the design flaw. I opted for the latter: Logitech has a hardware patch that receives conventional IR signals from my Harmony remote and translates them into Bluetooth signals. It’s not cheap, but it keeps the number of remotes to the right number (one, in case you weren’t paying attention).

Bringing it to the screen and speakers 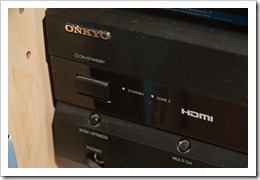 All three devices I use for video (the Media Center, Xbox and PS3) output their signal in beautiful 1080p over HDMI. Unfortunately, my TV only has two HDMI inputs. This is why I opted for an Onkyo receiver that has HDMI inputs and outputs. The HDMI inputs only support the video signal, not the sound signal. Choosing one that does would have been more expensive, and all I had to do to work around the limitation was to pull an additional fiber optic cable for each device. 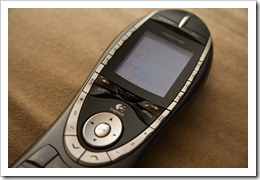 As I’ve mentioned, only one remote is tolerated in the room. As far as I know, the only good choice today is one of the Logitech Harmony. What makes these remotes different is that they work by activity rather than by device. This means that when you’re watching a DVD, you don’t have to know whether the sound volume is being managed by the receiver or the Media Center, you just press the volume keys. The remote knows. It also knows how to turn on and off all the required devices for any given activity with the click of only one button. Finally, it’s very highly configurable. The one I own is the Harmony 880. It’s good enough and has a cradle to recharge the battery when not in use.

And that’s it. So how does your video setup look like? Comments are open.