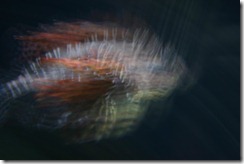 Warning: this post is going to be slightly off-topic and non-technical. Well, not computer science technical at least.

I was reading an article in SciAm this morning about the possibility of a robot uprising. Don’t laugh yet, this is a very real, if still quite remote possibility.

The main idea that was described was that AI could rise one day to self-awareness and to an ability to improve itself through self-replication beyond human abilities to control it.

Sure, that’s one possibility, and some people are actually arguing that if that’s the case, maybe it’s just the march of evolution and humankind is just destined to one day become obsolete and be replaced by something fitter, whether from good old evolution or by artificially creating its own replacement.

I would tend to agree but I do have an objection. There is a distinction in this kind of speculation that is not often pointed out: self-replication and evolution are not the same thing.

We don’t know exactly how a self-replicating pre-biotic device emerged out of inanimate matter a few billion years ago, but that it did and that it managed to evolve to the variety of life that we observe today was only possible because of one crucial little feature of the whole system: failure.

Because they arose naturally, the first pre-biotic replicators probably were clunky little things that were only working within specific conditions and that were failing often. In particular, such an imperfect replication mechanism could fail in lots of different ways under the influence of a varying environment.

And this is precisely what enabled them to mutate into something a lot more interesting. That ability to create imperfect copies of themselves is what made it possible for early organisms to adapt to an environment that is sure to change (from external causes as well as under the influence of the organisms themselves on their own environment).

Guess what? This “strategy” has been so successful that it is still a feature of all living organisms today. You’d think that organisms could have evolved to remove the imperfections and to ensure perfectly faithful self-replication. But that in the long run would be a losing strategy because the next time the environment changes in a way that is no longer compatible with your perfection, you die and leave no successor.

In fact, modern organisms did evolve such perfecting mechanisms that suppress mutations from expressing themselves, but the amazing thing is that this suppression can fail under stress, which might be part of what you observe at times of mass extinctions, which are also fertile events in that they trigger the appearance of a large number of new species that are fit to the new conditions in a geologically short amount of time.

Sex on the other hand is another evolved way of introducing variation into the genes of a population. In other words, sex is the greatest invention of all times after failure.

What I’m getting at is that we may be able in the not so remote future to create self-replicating machines and when we do, we might make the mistake of making the replication perfect. It may actually be a lot simpler to do so: the easiest to build self-replicating structure probably is a lot simpler than the messy stuff nature came up with through random processes and selection.

And if the replication is perfect, this leaves no room for anything new, ever. What it could allow on the other hand is a reproduction mechanism that is much more efficient than anything life has been able to invent yet, the sort of manufactured efficiency that could take over the planet.

Self-awareness is clearly not necessary for self-replication and might even impair it so why they are packed together so often is kind of a mystery to me.

So why am I talking about this today? To make the larger point that failure can be an essential creative force and that without it the world would be a cold and sterile place where creativity has no role to play.

I often tell my 6-year-old that if she never fails, she will never learn. Failed ideas for example are at the heart of the concept of brainstorming: failure is the path to success.