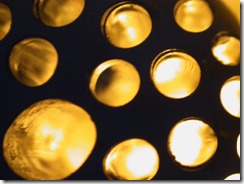 Internet Explorer 8 is a unique release in the history of Internet Explorer in more than one way, but the decision to make standards mode the default means that authors of existing sites are impacted by it, if only to set the compatibility mode to IE7.

But what if your site is built using components that render out markup and script over which you have little control, such as ASP.NET WebControls? Well, if one of the controls fails in IE8 standards mode, you need to either switch to compatibility mode (ouch!) or you need the component developer to ship an updated version.

During the whole IE8 development cycle, we monitored the behavior of existing controls. Most ASP.NET built-in controls have been doing just fine in IE8, or the faulty behavior was actually due to an IE bug that we reported and that got fixed.

All except asp:menu. It so happens that the menu control is making a bad assumption on what the default value for z-index should be. We debated this at length with the IE team, but it became clear as we did so that they were right and that we were wrong. We had to fix that.

So here it is, the patch for menu is out and you can apply it to build IE8-compatible ASP.NET WebForms sites…

UPDATE: the KB article can now be found here:
http://support.microsoft.com/kb/962351