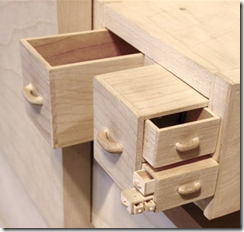 However, something happened fairly recently that I think makes this venerable structure obsolete. Before I explain this development and why it’s a superior concept to namespaces, let me recapitulate what namespaces are and why they’ve been so good to us over the years…

Namespaces are used for a few different things:

1 is clearly useful because we need to protect our code from bleeding effects from the rest of the application (and vice versa). A language with only global constructs may be what some of us started programming on, but it’s not desirable in any way today.

2 may not be always reasonably worth the trouble (jQuery is doing fine with its global plug-in namespace), but we still need it in many cases. One should note however that globally unique names are not the only possible implementation. In fact, they are a rather extreme solution. What we really care about is collision prevention within our application. What happens outside is irrelevant.

3 is, more than anything, an aesthetical choice. A common convention has been to encode the whole pedigree of the code into the namespace. Come to think about it, we never think we need to import “Microsoft.SqlServer.Management.Smo.Agent” and that would be very hard to remember. What we want to do is bring nHibernate into our app.

And this is precisely what you’ll do with modern package managers and module loaders. I want to take the specific example of RequireJS, which is commonly used with Node.

Here is how you import a module with RequireJS:

This is of course importing a HTTP stack module into the code. There is no noise here. Let’s break this down.

Collision prevention (2) is very elegantly handled. Whereas relocating is an afterthought, and an exceptional measure with namespaces, it is here on the frontline. You always relocate, using an extremely familiar pattern: variable assignment. We are very much used to managing our local variable names and any possible collision will get solved very easily by picking a different name.

Wait a minute, I hear some of you say. This is only taking care of collisions on the client-side, on the left of that assignment. What if I have two libraries with the name “http”? Well, You can better qualify the path to the module, which is what the require parameter really is.

As for hierarchical organization, you don’t really want that, do you?

RequireJS’ module pattern does elegantly cover the bases that namespaces used to cover, but it also promotes additional good practices.

First, it promotes usage of self-contained, single responsibility units of code through the closure-based, stricter scoping mechanism. Namespaces are somewhat more porous, as using/import statements can be used bi-directionally, which leads us to my second point…

Sane dependency graphs are easier to achieve and sustain with such a structure. With namespaces, it is easy to construct dependency cycles (that’s bad, mmkay?). With this pattern, the equivalent would be to build mega-components, which are an easier problem to spot than a decay into inter-dependent namespaces, for which you need specialized tools.

I really like this pattern very much, and I would like to see more environments implement it. One could argue that dependency injection has some commonalities with this for example. What do you think? This is the half-baked result of some morning shower reflections, and I’d love to read your thoughts about it. What am I missing?