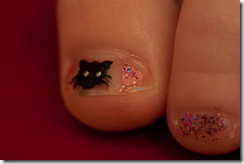 I’ve shown before how to resize images using GDI, which is fairly common but is explicitly unsupported because we know of very real problems that this can cause. Still, many sites still use that method because those problems are fairly rare, and because most people assume it’s the only way to get the job done. Plus, it works in medium trust.

More recently, I’ve shown how you can use WPF APIs to do the same thing and get JPEG thumbnails, only 2.5 times faster than GDI (even now that GDI really ultimately uses WIC to read and write images). The boost in performance is great, but it comes at a cost, that you may or may not care about: it won’t work in medium trust. It’s also just as unsupported as the GDI option.

What I want to show today is how to use the Windows Imaging Components from ASP.NET APIs directly, without going through WPF.

The approach has the great advantage that it’s been tested and proven to scale very well. The WIC team tells me you should be able to call support and get answers if you hit problems.

First, this is using interop, so until a signed wrapper sits in the GAC, it will require full trust.

Second, the APIs have a very strong smell of native code and are definitely not .NET-friendly.

And finally, the most serious problem is that older versions of Windows don’t offer MTA support for image decoding. MTA support is only available on Windows 7, Vista and Windows Server 2008. But on 2003 and XP, you’ll only get STA support. that means that the thread safety that we so badly need for server applications is not guaranteed on those operating systems. To make it work, you’d have to spin specialized threads yourself and manage the lifetime of your objects, which is outside the scope of this article.

We’ll assume that we’re fine with al this and that we’re running on 7 or 2008 under full trust.

Be warned that the code that follows is not simple or very readable. This is definitely not the easiest way to resize an image in .NET.

Wrapping native APIs such as WIC in a managed wrapper is never easy, but fortunately we won’t have to: the WIC team already did it for us and released the results under MS-PL. The InteropServices folder, which contains the wrappers we need, is in the WicCop project but I’ve also included it in the sample that you can download from the link at the end of the article.

In order to produce a thumbnail, we first have to obtain a decoding frame object that WIC can use. Like with WPF, that object will contain the command to decode a frame from the source image but won’t do the actual decoding until necessary.

Getting the frame is done by reading the image bytes through a special WIC stream that you can obtain from a factory object that we’re going to reuse for lots of other tasks:

We can read the dimensions of the frame using the following (somewhat ugly) code:

This enables us to compute the dimensions of the thumbnail, as I’ve shown in previous articles.

We now need to prepare the output stream for the thumbnail. WIC requires a special kind of stream, IStream (not implemented by System.IO.Stream) and doesn’t directlyunderstand .NET streams. It does provide a number of implementations but not exactly what we need here.

We need to output to memory because we’ll want to persist the same bytes to the response stream and to a local file for caching. The memory-bound version of IStream requires a fixed-length buffer but we won’t know the length of the buffer before we resize.

To solve that problem, I’ve built a derived class from MemoryStream that also implements IStream. The implementation is not very complicated, it just delegates the IStream methods to the base class, but it involves some native pointer manipulation.

Once we have a stream, we need to build the encoder for the output format, which could be anything that WIC supports. For web thumbnails, our only reasonable options are PNG and JPEG.

I explored PNG because it’s a lossless format, and because WIC does support PNG compression. That compression is not very efficient though and JPEG offers good quality with much smaller file sizes. On the web, it matters. I found the best PNG compression option (adaptive) to give files that are about twice as big as 100%-quality JPEG (an absurd setting), 4.5 times bigger than 95%-quality JPEG and 7 times larger than 85%-quality JPEG, which is more than acceptable quality.

As a consequence, we’ll use JPEG. The JPEG encoder can be prepared as follows:

The next operation is to create the output frame:

Notice that we are passing in a property bag. This is where we’re going to specify our only parameter for encoding, the JPEG quality setting:

We can then set the resolution for the thumbnail to be 96, something we weren’t able to do with WPF and had to hack around:

Next, we set the size of the output frame and create a scaler from the input frame and the computed dimensions of the target thumbnail:

The scaler is using the Fant method, which I think is the best looking one even if it seems a little softer than cubic (zoomed here to better show the defects):

We can write the source image to the output frame through the scaler:

And finally we commit the pipeline that we built and get the byte array for the thumbnail out of our memory stream:

That byte array can then be sent to the output stream and to the cache file.

Once we’ve gone through this exercise, it’s only natural to wonder whether it was worth the trouble. I ran this method, as well as GDI and WPF resizing over thirty twelve megapixel images for JPEG qualities between 70% and 100% and measured the file size and time to resize. Here are the results:

Not much to see on the size graph: sizes from WPF and WIC are equivalent, which is hardly surprising as WPF calls into WIC. There is just an anomaly for 75% for WPF that I noted in my previous article and that disappears when using WIC directly.

But overall, using WPF or WIC over GDI represents a slight win in file size.

The time to resize is more interesting. WPF and WIC get similar times although WIC seems to always be a little faster. Not surprising considering WPF is using WIC. The margin of error on this results is probably fairly close to the time difference. As we already knew, the time to resize does not depend on the quality level, only the size does. This means that the only decision you have to make here is size versus visual quality.

This third approach to server-side image resizing on ASP.NET seems to converge on the fastest possible one. We have marginally better performance than WPF, but with some additional peace of mind that this approach is sanctioned for server-side usage by the Windows Imaging team.

It still doesn’t work in medium trust. That is a problem and shows the way for future server-friendly managed wrappers around WIC.

The sample code for this article can be downloaded from:
http://weblogs.asp.net/blogs/bleroy/Samples/WicResize.zip

The benchmark code can be found here (you’ll need to add your own images to the Images directory and then add those to the project, with content and copy if newer in the properties of the files in the solution explorer):
http://weblogs.asp.net/blogs/bleroy/Samples/WicWpfGdiImageResizeBenchmark.zip

WIC tools can be downloaded from:
http://code.msdn.microsoft.com/wictools

To conclude, here are some of the resized thumbnails at 85% fant: