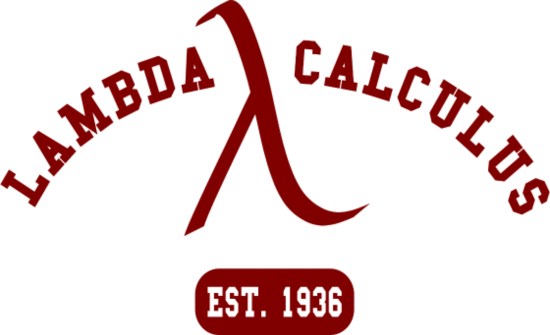 The following are conventions of expression:

For example, for function λx.f x, its body expression f x has bound variable x, and free variable f. This can be viewed as x => f(x) in C# syntax, in the body x is parameter and f is closure.

Expression without free variables are also called combinator, which will be discussed later.

In lambda calculus, there are 3 substitution rules for expression to be reduced.

In lambda calculus, lambda expression’s bound variables can be substituted with different name. This is called alpha-conversion, or alpha-renaming. In C#, this can be viewed as function parameter can be renamed, for example, x => f(x) is equivalent to y => f(y).

Eta-conversion means 2 functions are the same if and only if they always give the same result for the same argument. For example λx.f x can be substituted with f, if x does not appear free in f. In C#, this can be viewed as that function x => f(x) is equivalent to function f. For example: 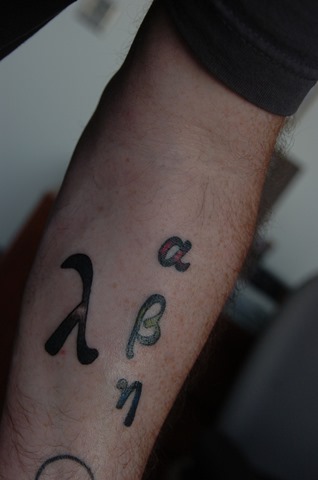 The above reduction rules can be applied to expression with different order. With normal order, the leftmost, outermost expression is reduced first. For function application expression, this means the function is beta reduced first, then the arguments are reduced, for example:

Here λy.y cannot be further reduced. An expression that cannot be reduced any further with above 3 rules is called in normal form. Here λy.λy is the normal form of (λx.λy.y) ((λa.λb.a) (λv.v)). Some lambda expressions can be reduced infinitely so does not have normal form, which will be discussed later.

With applicative order, the rightmost, innermost expression is reduced first. For function application expression, this means the arguments are reduced first, then the function is beta reduced. Take the above expression as example again:

The argument expression ((λa.λb.a) (λv.v)) is righter than the function definition expression (λx.λy.y), so ((λa.λb.a) (λv.v)) is reduced first. It can be beta reduced to normal form (λb.λv.v), which cannot be further reduced. Then (λx.λy.y) is applied with (λb.λv.v), which can be beta reduced to normal form λy.λy. In application order reduction, argument must be reduced before function application. This is the strategy of C#.

In lambda calculus, reducing expression in any order produces the same result, which is the Church–Rosser theorem.

Here the function names f1 and f2 indicate the order of being applied. f2 ∘ f1 can also be read as f2 after f1. in C#, this can be viewed as the forward composition discussed before:

As fore mentioned, some other functional languages have built in composition operator for functions, like >> in F#, . in Haskell, etc. C# does not support defining custom operators for functions. As a workaround, an extension method o can be defined to represent this ∘ operator:

There is a unit function Id for function composition:

so that f ∘ Id and Id ∘ f are both equivalent to f:

According to the definition of ∘ and Id:

Here function expression (λx.x) is given a name Id, this is only for readability. Later, when refereeing to this function, its name Id will used, which is more intuitive than the lambda expression.