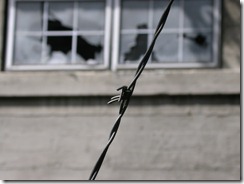 I think today is an appropriate time to write this post, as Rob Conery is leaving Microsoft tomorrow. “Who?”, you might ask. Rob is the author of the excellent MVC Storefront and Kona series where he explored the challenges in building an MVC-bound storefront application. I’ve been working with Rob for a few months on the continuation of that, which will be the subject of this post.

This is challenging for a number of reasons.

Second, the focus of the application has changed and that is a much more important challenge. Rob built this as a learning tool, as much for him as for his readers.

In the team that I’m now a part of, we have taken that Kona code as the basis to build something that will hopefully be more like a real world application. We are still very much in an exploratory mode (hence our attempts at migrating the application to NHibernate and SQLite) but our ultimate goal is to provide an application that people can download and build a business on, with a focus on simplicity and extensibility.

Fine, you may say, but why build something new instead of contributing to existing applications? Well, the very short answer is that we are also going to do that. One of the things we are already doing is to work with various application developers on reusing things like the plug-in engine and what sharing opportunities that brings.

But I can already hear some of you saying “oh so you’re not just building an application, what you’re really doing is building yet another framework”. To which I’m tempted to answer with another question: what do you mean “another”? Where is my Django-style application-level framework for ASP.NET? But that may sound like I’m downplaying the great efforts that many people are putting towards exactly that. I clearly am not. Actually, if you are working on something like that and we’re not already talking, I would love to know about it. I want to know how we can help.