CamProps is a free utility for quickly adjusting and managing the properties of webcams and other video capture devices. I wrote it when I struggled with my Logitech C920 that required some manual tweaking to achieve a good picture quality. CamProps enables you to store and quickly recall settings which comes in handy if you have different lighting situations in your room – or when the webcam once again simply “forgets” its settings.

Recently José M. Alarcón contacted me to tell me he had written a Spanish article about CamProps. I seized the opportunity and asked him whether he could translate the UI texts. Thanks to José, version 1.1.0 of CamProps now supports Spanish in addition to English and German. When you first start CamProps, it selects the UI language according to your Windows settings. You can override this in the “•••” menu in the upper right corner of the window: 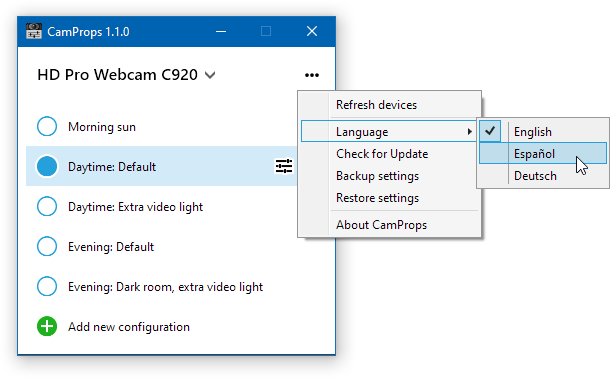 Where can I get it?

Which devices can I use?

CamProps works with all webcams and video capture devices that support opening the webcam driver property dialog (either the default provided by Windows or a specific dialog by the manufacturer's driver).

For instance, when you press the “

” button for a Logitech C920 without the Logitech software installed, this will open the following dialog: 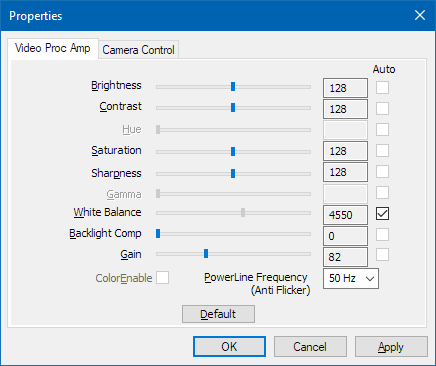 (This dialog may look different for other devices)