The digital signage software that I develop for the local basketball club now supports HTML templates. I use this feature, e.g., for the introduction of the players on the video screens in the arena. For each player, I just enter the player’s data like name, jersey number, position, weight and height – which is then inserted dynamically into the template.

The software also supports importing PowerPoint slides as static images. PowerPoint plays an important role for many screens used at the home game, not least as it is one of the easiest ways for non-technical people without a design background to create content. And even though I feel very comfortable using Photoshop or Illustrator – if I quickly need to create a screen during the most stressful phase of home game, PowerPoint is my tool of choice.

One day, when I hand-coded a particularly simple HTML template for announcing the number of spectators, I spent a lot of time positioning the number next to a sponsor’s logo. That got me thinking: What if I could create templates like this in PowerPoint? All it would take would be some kind of marker text (e.g. {{Number}}) and a way to translate a PowerPoint slide to HTML.

Unfortunately, Microsoft removed the feature to export slides as HTML years ago. Third-party solutions do exist, but for my purposes, the libraries are prohibitively expensive. So, I had to find my own solution.

As a single developer, on a limited (time) budget, the first thing to do in such a case is to decide which problems not to solve:

For reading and analyzing the PowerPoint file, I use the (COM-based) Office automation API instead of the more modern Open XML SDK, because the API also allows me to create PNG files from the slides.

I have published some proof-of-concept code on https://github.com/RWeigelt/PowerPointSlideHtmlLayoutDemo, written in C#/.NET 6.

The project includes the PowerPoint file Example.pptx that contains various markers for insertion points inside 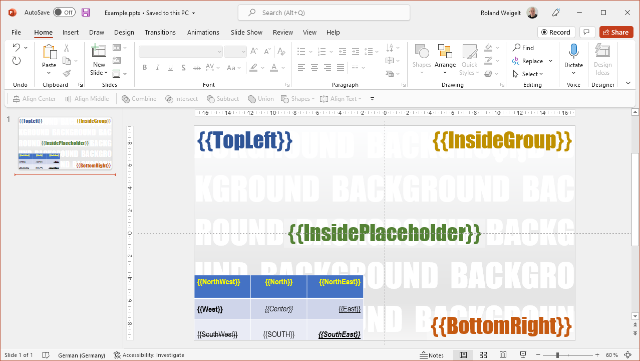 When you run the project, it creates two files in your “Pictures” folder, HtmlPage.html and Background.png. 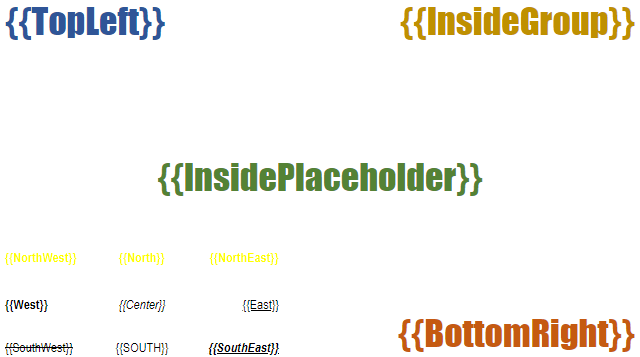 (shown without background image, border added for illustration only)

The background image contains all content that is not an insertion point (e.g., images, static texts).

When you open HtmlPage.html in a web browser, its CSS loads Background.png as a background image. 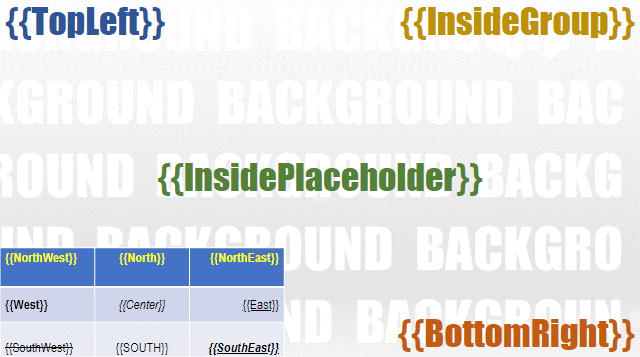 Where to go from here

This demo code is obviously just a start. While it does consider fonts, texts sizes and styles as well as alignment, it does not cover all design and layout capabilities.

Depending on your requirements, you may want to look into supporting text effects (e.g., shadow or glow should be possible in CSS) and transformations like shape rotation. You also may choose a different syntax for the insertion points.

The code is licensed under the “BSD Zero Clause License”, so you can use it without limitations and do not even have to credit me. I do not have plans to develop this into a general-purpose library; further development will be very specific to the needs of my digital signage software. If you take this idea and create something from it that may be of interest to others, drop me a line and I will link to your website or GitHub repository.