I work on a BlackBerry app called DopeWars. It’s a silly little app and isn’t going to make me a world of money (it’s free and open source) but it’s fun and my diversion into the BlackBerry/Java world (as painful as the development environment is there, you think SharePoint is tough?). I keep on planning to write more apps but that unfinished project stack keeps getting bigger and bigger and something's gotta give.

So I was all excited when it was announced that BlackBerry would follow in the steps of Apple and their highly successful App Store and offer a BlackBerry App World. Microsoft has done it with the XNA Creators Club and the business model seems like a good deal. Apple gets a cut of the retail price of your app but provides you with exposure and infrastructure. Frankly, the Apple people have it nailed. By sheer attrition, you can put a crap app out there for $2 bucks but with 100,000 people looking at it, you’re bound to make back the time it took you to slap it together. There’s a lot of crap out there and the crap pile just keeps on getting higher.

In any case, they mentioned you could sell or give away your app on the BlackBerry app store. So here I had an open source app that was pretty popular and it would be nice to get some more exposure. Why not?

Remember, this is coming from a guy who’s cheap like no other when it comes to handing out cash to guys that don’t need it. I don’t mind Apple or Microsoft gouging me for a percentage of my profits. They provide me with a service and in exchange I believe they get what is coming to them. I call it the George Lucas attitude to software development. George didn’t ask for a heck of a lot of money for Star Wars, he just asked for all rights to merchandising and let the film company in on a percentage of the profits. Future stars like Mark Hamill, Carrie Fisher, and Harrison Ford were given royalty cuts in the profits. And frankly that made them a boatload of money.

So I’m no George Lucas, but I do feel that letting the big guy take a chunk in order to let the little guy survive is key. Indie developers are just that. Indie. Like independent recording artists, they don’t have a heck of a lot of cash to toss around for “studio time” so it’s done as a barter system. I’m quite happy to exchange a small percentage of profits with Apple for 10,000,000 users even remotely considering my app or being exposed to it. And here I thought RIM would be the same.

As I waded through the myriad of agreements and checkboxes, I reached the elusive Step 3 of 4 for filling out the vendor application. No problem I thought. I’ve done this a million times before with Apple, Microsoft and others. Then I hit the wall. The cash grab. The money pit. 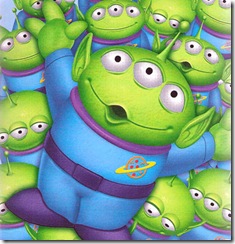 RIM wants $200 (USD) as an “administration fee” to complete registration. Yup. No $200, no passing go, no uploading free application to app store. Thank you, come again.

RIM is a Canadian company and here they are asking for US dollarinos. First insult.

You’re paying $200 for the “privilege” of submitting only 10 applications. Oh yeah, and that doesn’t actually mean you’ll get it approved. If it gets rejected (this is the good part) it “will be counted against your ten application submissions”. Second insult. Apparently RIM is the gatekeeper for apps and, like the Claw they decide who will go and who will stay. And it’ll only cost you $20 to find out.

The final insult. The kicker. To upgrade an application it counts as a new submission against your 10. Yeah, that’s right kids. I create 2 or 3 versions of my application and submit it (assuming it gets accepted, no word on what the standard for acceptance/rejection is) and I’ve gobbled up 1/3 of my original 10 applications and essentially blown $60. Sure, you want to submit more than 10 versions or applications? No problem, we’ll kindly take your $200 again. Got rejected? Awwww. We’ll let you submit it again. It’ll only cost you $20 a shot.

Frankly, this is the nerd equivalent of crack cocaine, but without the benefits.

Okay, at the end of the day it’s your choice. I’m sure a lot of you are reading this thinking “What a jerk, don’t pay it then and stop bitching”. Don’t shoot me. I’m just the messenger and putting it out there for others that might think this new way of delivering apps is for them. Needless to say I’m passing on BlackBerry app store as far as being a vendor. I’m quite happy with my silly little app living up on SourceForge and the 10 users seeing it.

Buyer beware, Caveat Emptor, and all that good stuff. Feel free to hand your coins over to RIM if you want, just understand that IMHO RIM’s BlackBerry version of App Store isn’t for indie developers. YMMV.