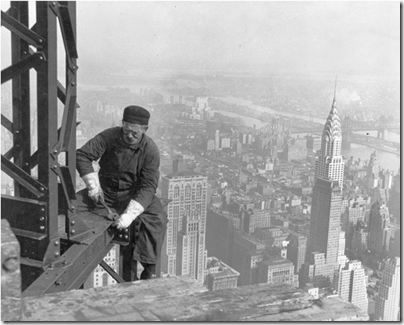 MicropolisCore is package put together that is a fairly clean port of the original C code into a C++ mega class (called Micropolis). The distribution is a set of three projects, but this post focuses on the main one Micropolis. This contains the core simulation code. One other project we need is the TileEngine which (via it's default implementation using Cairo built on top of GTK+) provides a UI so we can see our city.

The new MicropolisCore project is all C++ and Python code. There is no TCL required, however it still uses GTK for it's UI. You'll need to download PyGTK, a GTK+ wrapper in Python, from here and install it. It'll find Python and install it for you. Also grab PyGObject which are the Python bindings for GObject and PyCairo and install them (you can get them all from the same location).

Assuming you followed the last post and compiled the system, you'll have the Micropolis and TileEngine projects built, along with the generated Python files and other goodies that came along for the ride. You can run this from the MicropolisCore python folder, but I prefer to put everything together into a distribution folder to keep things clean.

I've created a binary distribution for you which you can download here. It contains all the assets along with Micropolis and TileEngine (CellEngine isn't needed for this demo) and is ready to go once you install the pre-requisite files listed here (see the end of this post for a list of all the files you need with links for downloading).

Now for the final moment. Run the following command from where you have your distribution files:

If the stars align, you should see this: 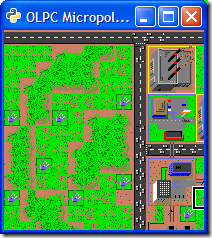 You now have Micropolis running on Windows! Well, at least a demo running the Micropolis engine from Python. Go ahead and explore your city. Everything is there that you'll remember from the original SimCity, complete with traffic running around.

There are a few keystrokes you can use while the demo is running. You can use the arrow keys to move the cursor box around. "O" will zoom in and allow you to see the demo city (the demo script loads up the "cities/haight.cty" file). Messing around with the zoom lets you get something like this displayed: 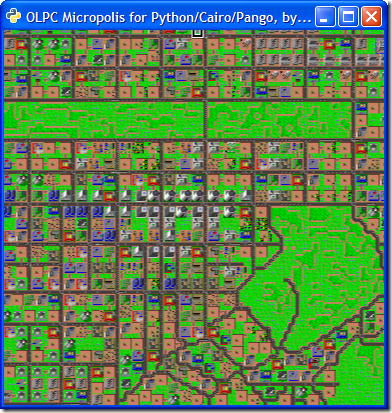 Go ahead and maximize the screen. Here's the full city in all it's Python/GTK glory:

Running from the command line is fine and dandy, but how about debugging the program? Glad you asked.

First, you'll need to switch your configuration to ReleaseSymbols. This will output the export libraries for Python to find in the correct directory. If you want to change this, you'll need to edit a bunch of the *.py files in the python directory for each project. Just look and you'll see where it references the ReleaseSymbols folder right before it does the import.

After you switch to the ReleaseSymbols configuration, you'll need to set python.exe as your debugger and have it launch the micropoliswindow.py file. Right click on the Micropolis project and select Debugger from the tree. Then setup the debugger options like this: 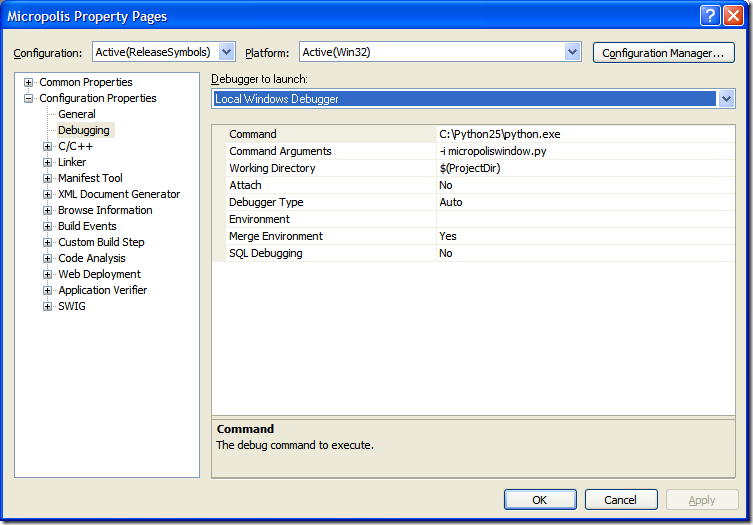 Now you're ready to debug. Pick a file and set a breakpoint then hit F5. You'll see the GTK Window popup with the demo city loaded, and you can fully debug the C++ code at this point.

Next up is building some additional functionality into the system, writing a new Python front-end, and starting to build out a full blow Micropolis client on Windows. You might also notice that there's a sample micropoliswebserver.py file. Now that the system is compiled and can be driven from Python, thanks to SWIG, why not? I haven't looked at the webserver yet, but Python itself has the facilities to launch one. And now that Python is hooked into the Micropolis engine you can easily serve up the core to the web. Pretty slick.

Here's that list of additional files you'll need to install for running the system:

This is a series of posts exploring and extending the Micropolis code. You can view the full list of posts here.