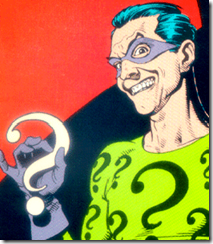 First off let me start the disclaimer. I do not work for Microsoft and have no decision making powers in anything that goes into a piece of software. You might call me an "influencer" as we MVPs may suggest things at times (sometimes very verbally) but we don't take a laundry list to Microsoft and make demands of new features. Keep that in mind while you read this post.

One of the biggest complaints a lot of us hear about SharePoint development is the need to build on Windows 2003 server. I still to this day have no idea what the critical dependency on Windows 2003 Server is, but obviously there must be one. Otherwise we would be building solutions on XP and Vista. As an ASP.NET developer, we have a local IIS (5.1) instance available to us for development and with VS2005 there's even a built-in web server for building websites. So forcing developers to use a server for SharePoint development can seem a little harsh, hence all the complaints.

Working on a real server (say a development one in your network) is a no-go, unless you're the only developer on the machine. You just can't do things like hang the worker process or force a iisreset for other developers. That's just not cool. And from a SharePoint perspective, you'll be clobbering each other all the time if you're on a shared server (been there, done that, got the t-shirt).

That leaves virtual development (using either Virtual PC, Virtual Server, or VMWare). This is probably the best choice but it's costly. Setting up the VM requires a significant time  investment to get all your ducks in a row, even more if you want to keep this long term so you're going to have to create some parent-child relationships on VM hierarchies (see AC's post here about this).

Hardware *is* cheap but in the corporate world it's not always cheap that wins. Trying to get network services convinced you're not going to bring down their network with your little VM isn't easy (more t-shirts) and you'll battle issues of software updates, virus protection, licensing, and a host of others. It's a hard battle, but perhaps one worth fighting.

The MVP community is a little splintered on whether or not a Developer Version of SharePoint would be value-add (BizTalk has one, so why not SharePoint?). Some think it's necessary, others would rather have MS focus their efforts elsewhere and live with VM development. Microsoft is listening and going over ideas and approaches to ease the pain here but nothing to tell you from the trenches right now.

So what say you? Would you want a Developer Edition of SharePoint (maybe only WSS so no Excel/InfoPath/BDC services that MOSS offers) that you could install on XP/Vista to local development? Should the efforts be focused on making the Virtual Experience better? Or does none of this matter and all is rosy in the world when it comes to building SharePoint solutions?

Feel free to chime in here. Like I said, I'm not guarantying this is going to get back to Microsoft but some people read my blog (or so they tell me) so you never know.