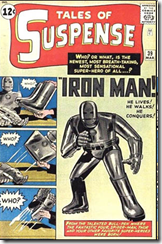 To skip to the chase… http://www.codeplex.com/terrarium2

A long time ago, on a development team far, far, away, some bright dude (or dudette) came up with the idea of Terrarium.

Terrarium was a .NET 1.x game/learning tool that was aimed at getting people interested in .NET and building cool stuff. In Terrarium, you can create herbivores, carnivores, or plants and then introduce them into a peer-to-peer, networked ecosystem where they complete for survival. Terrarium demonstrates some of the features of the .NET Framework, including Windows Forms integration with DirectX®; XML Web services; support for peer-to-peer networking; support for multiple programming languages; the capability to update smart client, or Windows-based, applications via a remote Web server; and the evidence-based and code access security infrastructure.

Terrarium was created by members of the .NET Framework team in the .NET Framework 1.0 timeframe and was used initially as an internal test application. At conferences and via online chats, Terrarium provided a great way for developers to learn about the new .NET programming model and languages as they developed creatures and introduced them into a peer-to-peer ecosystem.

The Windows SDK team evolved the game in the .NET Framework 2.0 timeframe, but it wasn’t worked on for over two years. As a result, the source code for Terrarium 2.0 doesn’t use the very latest .NET technologies.

Now here we are and it’s 2008, long past that 1.x product. A few months ago I got the bright idea to resurrect the project. After all, 1.x was long gone from the developers toolkit but the premise of building battle bugs and having them duke it out in a virtual eco-system was still just too plain cool to pass up. I thought it would make for an interesting project and get some renewed interest in .NET, and more specifically upgrade it to the latest framework and goodies out there. Hey, XNA is here and writing DirectX goo is a thing of the past.

The Long And Winding Road

So with my ambition and fearlessness of the Microsoft release monster, I trudged into the mouth of the beast. I hit up as many people I could find that were still around and pinged them about Terrarium.

That’s the general response I got for the most part. It’s been 6+ years and most of the original team has moved on. The challenge was to get anyone in Microsoft to find the unreleased source to this project, let alone even remember it. 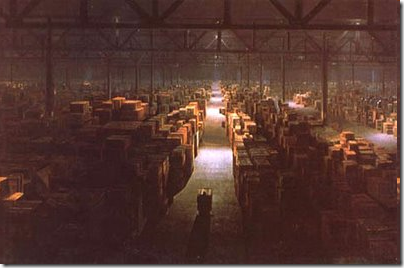 I pictured a giant warehouse much like the last scene in Raiders of the Lost Ark. Boxes and boxes with cryptic product codes and license keys on them, all packaged up for someone to unearth someday. That someone was going to be me. Terrarium is my Lost Ark. So I persevered and continued to bug everyone I knew, finally ending up at Scott Guthrie who finally put me in touch with Lisa Supinski, Group Manager with the current Windows SDK team.

Lisa was instrumental at getting everything going and handling all the details of making this a reality. Without her, it wouldn’t have come to this point. From there the journey was fraught with danger, snakes, legal papers to read, source code to fix, and agreements to sign (did I mention the snakes?) and lots of emails, phone calls, and secret handshakes. 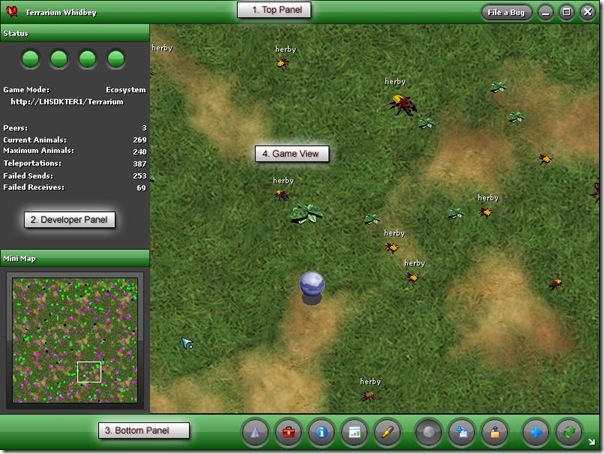 The client can run in two modes:

In both modes, you can develop your own creatures or you can watch as other developers’ creatures battle it out for survival by running Terrarium as a standalone application or as a screensaver.

The server is two parts. First there’s the web server part which consists of a single web server that provides a user interface for monitoring a Terrarium server (and all the critters uploaded to it) and there are web services that are consumed by the client (for uploading creatures, getting stats, interacting with peers, etc.). The server also includes some SQL scripts and installation instructions for setting up the database. Any flavour of SQL Server will work (2000, 2005, Express). 2008 is untested but should work fine. The scripts are pretty simple (the tables are pretty basic) and there are some stored procedures which could be ported to work with other servers (MySQL, Firebird, etc.) but that’s an exercise I’ll leave to the reader.

When creating a creature, you have control over everything from genetic traits (eyesight, speed, defensive power, attacking power, etc.) to behaviour (the algorithms for locating prey, moving, attacking, etc.) to reproduction (how often a creature will give birth and what “genetic information,” if any, will be passed on to its offspring). Upon completing the development process, the code is compiled into an assembly (dynamically linked library, or DLL) that can be loaded into the local ecosystem slice, viewable through the Terrarium console. When a creature is initially introduced in Ecosystem Mode, ten instances of it are scattered throughout the local ecosystem. No more instances of that creature may be introduced by that user or any other on the network until the creature has died off completely. By contrast, if running in Terrarium Mode, an infinite number of instances of a given creature may be entered into the environment.

Once the creature is loaded into Terrarium, it acts on the instructions supplied by its code. Each creature is granted between 2 and 5 milliseconds (depending on the speed of the machine) to act before it is destroyed. This prevents any one creature from hogging the processor and halting the game.

Within each peer in the network, a blue “teleporter” ball rolls randomly about. If the user is running with active peers logged in (either in Ecosystem Mode or using a private channel in Terrarium Mode), whenever this blue ball rolls over a creature, that creature is transported to a randomly selected peer machine.

In the SDK zip file there’s a help file and several samples to get you up and running instantly with a local Terrarium. Feel free to modify these or use them as a starter for your own new creations. Code samples are in both VB.NET and C#. 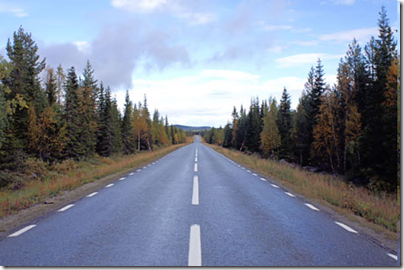 Putting Terrarium on CodePlex was intentional as it’s meant to be a collaborative piece. Getting the system out there is three fold and having it on CodePlex supports this:

Like I said, the current build is for 2.0. I didn’t want to delay the release while I upgraded it to 3.5 since I wasn’t going to be adding any value (yet) to the codebase and there might be some challenges with 3.5 and the DirectX code (I haven’t tried an upgrade yet, so it could “just work”). The other challenge is driven by you, being the fact that not everyone is building in Visual Studio 2008 and targeting the 3.5 framework. So I didn’t want to exclude a large number of developers by forcing them to 3.5. I think time will tell (via the CodePlex forums and feedback on this project) when the right time to move to 3.5 will be (and how, for example will we maintain a 2.0 and 3.5 codebase?). I don’t have all the answers but I’m here to listen and juggle the kittens for everyone.

What’s planned? Here’s my product backlog that will probably make it’s way onto the Issues page on the CodePlex project. These are just seeds for ideas, I’m sure you guys can come up with better ones.

Jumping into the project is not for the casual developer. As this codebase came from Microsoft there are some guidelines and constraints we’re going to follow. The first being team members. Please understand this is neither the Blue Monster talking or me being an uber-control freak, it’s just how it is. So if you’re interested in joining the team and contributing there are a few things that have to happen:

Like I said, it’s a little more tasking than a typical CodePlex project and there are constraints we can talk about via email or whatever if you’re really interested in enhancing or extending Terrarium and becoming a member of the team. 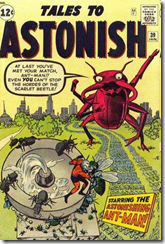 You can grab the various packages now from the release page on CodePlex here. There are packages in various formats:

Just a couple of final notes.

Client/Server versions are very sensitive. This is due to security and not allowing clients to “take over” the server or upload malicious code. So if you’ve decided to create your own fork of the code or are running a “custom” server, be aware that only clients that are keyed to your server (based on version) will work. Other clients may have issues connecting or interacting with your server.

The server setup is not fully automated (and probably could be via a MSBuild script or PowerShell script) so there’s some manual intervention needed. The website installs via an installer but you’ll need to create a database and run the scripts provided then do some manual editing of the web.config file to connect to the db. This is all documented in the server package. If you do spin a server up let us know (via the CodePlex project). Maybe we’ll have a dedicated wiki page with active servers people can connect to or something.

I’m also thinking of setting up a new domain and website for a creature exchange program. Upload your creatures, put them to battle, and show them off. Sort of a Digg for Terrarium. Let me know if you have ideas on this or want to help out (I always have 10x more ideas than I have time for). In any case, they’ll be more blog posts to come on building critters and the fine art of Terrarium A.I. (the “A” is for Artificial and the “I” is for intelligence. Wait, what’s the “A” for again?).

I do have a Terrarium 2.0 server up and running at http://terrariumserver.com that you can use for testing (which may or not be fully operational when you read this due to power outages in Vancouver). It’s a playground but can be used for checking out your battle bugs before you unleash them on other unsuspecting victims. This server will always be running the latest version of the server and have the most current (working) features available.

This is a “1.0” type release since it’s the first release of the source code. A few things (as you’ve read) have been done along the way and it’s by no means perfect or complete. It’s just the first step of the journey.

Differences from the Previous Version

For those that remember (or even still have copies of the old version of the program) I wanted to point out a few differences that you (or may not) notice in comparison.

Credit where credit is due

While this was my labour of love the past couple of months, I really want to thank everyone involved from the Microsoft side in getting this project going. Shout outs especially to Lisa from the Windows SDK team who’s become my best friend over the past couple of months and really got things moving on the MS side. Without her the Ark would still be boxed up somewhere in that warehouse.

Communities are not created, they’re grown and it takes time. I’m taking a chance on this project (as is Microsoft) in the hopes that it *will* spark some creativity and contribution. The discussion forums on CodePlex are there to talk about it and the Issue Tracker is to suggest features and report bugs. Who knows, given time to grow, we may be talking about this same time next year with a plethora of Terrarium resources out there. At least that would be a nice place to be and it can happen with you.

So there you go. Have at it. Build some creatures, learn some .NET and game programming, but above all… have fun!