Having a kid is hard.  Not the changing diapers, walking around at 2am trying to get them back to sleep, convincing them broccoli is good for them part of it.  When you have a kid your perspective changes.  And when you hear about things happening to other parents’ children, it really hits home.

This last week has been a crazy one here at Nerd Central. On Wednesday Jenn called me at work to ask if we could re-host someone’s site, a blogger who’s daughter passed away, suddenly.  Little Maddie was only 17 months old. And that’s part of why this really got to me.  My Vista is 23 months old.  I’m looking forward to all the things she has yet to experience in life.  To have that taken away?  Well.  I don’t know how I’d deal with that.

The kicker (and why Jenn had to call me) was, the family’s webhost shut them down for excessive traffic caused by the outpouring of condolences for the loss of their only child. (I’ll give you all the gory details on that part of it in a follow-up post. Let me tell you now – it’ll make you angry when you hear about it).

The blog-o-sphere has been a buzz for the past week with literally thousands of bloggers, celebrities, and kind people giving their time, money, and love for the Spohr family and their loss of their little angel who was suddenly taken from them. 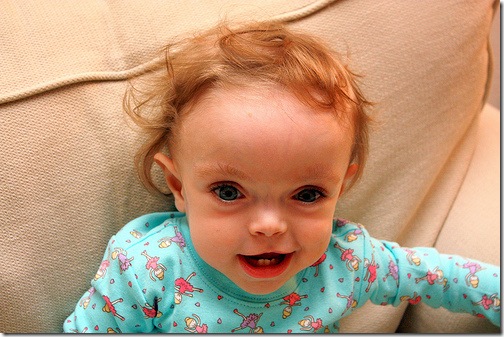 The mommy-blog world is a freakin’ powerful machine as they have been the driving force behind raising an mind-boggling $30,000 for the March of Dimes in honor of Maddie as well as money for Heather and Mike Sporh to help them cover funeral and other expenses over the next little while.

Joy Unexpected and Insta-Mom came up with a great idea to help raise funds for the family.  They’re offering items up for raffle (a Nikon camera and a Nintendo DSi respectively), but instead of buying tickets, you get an entry for each $10 donation you make.

Rather than sitting back and just admiring their creativity, I’d thought I’d put up my own offering (with a geek spin on things of course).

So here’s my nerd version of this donation drive. For every $10 you donate (at the PayPal link below) your donation will get you a chance to win a MSDN Premium Subscription with Team Suite. The subscription is for 1 year from when you activate it and includes all Microsoft operating systems (for test and development) and copies of Team Suite and other great developer tool. The entire package is a great bundle for software developers and has a retail value of $10,939.00 USD. Others MVPs in the past have used their subscriptions as a giveaway or auction to raise money (for example Jamie Cansdale posted a similar thing for raising money for building a pump in Africa so I see this as the same thing). Remember, every $10 donation gets you essentially a virtual raffle ticket for the MSDN Subscription.

So to be completely clear on the steps you can take:

I’ll randomly pick a name next week using a random number generated from random.org and announce the winner on this blog on April 20th. Entries will be accepted up to 12:00 AM Sunday, April 19th. You have one week to get your donations in and get a chance to win this package. 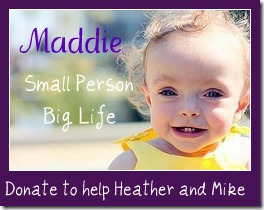 A Bit of a Disclaimer

A word about this post as I suspect I might get some kind of fallout on this as there were similar comments on other blogs about ulterior motives and intentions. I’m just one guy with a few geek friends who read this blog. True, this blog is generally aimed at technical content so this post, like the support call I put out for Nat last month, is a bit of a diversion. It’s only human though. I believe in the power of positive vibes and that the strength of many is outweighed by the few. Personally one person donating their hard earned dollars to another person is a feat of human kindness. A thousand people doing the same is something akin to a miracle.

Do I get a “kickback” for this? No. If anyone is making money, it’s PayPal with their 3% hit they take for administration fees. I wish they would step up and make up the difference to waive those fees for this sort of thing (We did with the donations for Nat). Yes, I do have Google ads sitting on the sidebar on this blog but in reality I get  about $100 every 3 or 4 months from it. It’s nothing to pay the bills and doesn’t have me drinking umbrella covered drinks by the poolside and driving Ferraris to the corner store.

This is about donating your dollars that you might spend on a Starbucks in a day to what you feel is a worthy cause. Nothing more. Nothing less. The “prize” I’m offering up isn’t necessarily incentive but it’s something I hope will make someone out there extra happy. The donation alone is the kind of thing to be proud of, not the software package you might get by doing it. In any case, I believe in this cause and would like you to donate which is what this post is about. My apologies if you feel wamboozled into being beat upside the head with emotional posts like this.

It’s not my intent to turn my blog into something that asks you for money every time you visit.  But in this case, as in Nat’s, I just don’t feel I can sit back and not act.  If you donate other places, or don't have the means at this time, please don’t feel obligated.  But if you are able to, I would ask you to consider this as a very worthwhile cause.