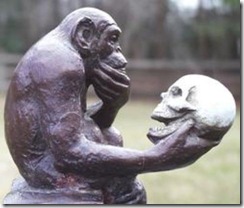 The Moth, aka Daniel Moth, a former MVP and now Microsoft UK dude posted a blog entry The ABCDEFGHI of setting up Visual Studio for Demos. In it he makes some good points about setting up Visual Studio when you're on the road to present. I totally agree with him on look and feel. I still use a white-on-black theme (a modified version of Jeff Attwoods look and feel) for my own day to day development because at 1600x1200 IJW. When I'm presenting though I flip over to a secondary computer account (called DemoBoy) that has all the settings for the colours and themes in Visual Studio set to default (along with a toned down desktop, bigger fonts, etc.). The font size in the IDE is set at Consolas 14 (imagine coding at that all the time) and I favour using ZoomIt for zooming in on code as it lets me do markup and such which is mucho better than changing font size (although you can get the VS Power Toys which has a font mouse wheel scroller in it).

However I was taken aback from his point on leaving the 3rd party addins at home. I'm a ReSharper and keyboard junkie and won't work without my R#. I stumble through Visual Studio when it's not installed or activated, hitting all kinds of crazy keystrokes that get me nowhere. Now grant you, when you're on the demo scene (either live or screencasting) 9 times out of 10 I've been asked "What's that little red/green thing on the side" or "How did you create that class so quickly?"

So it's a toss up. I'm guilty of using R# in my IDE but can't fathom not using it, even for demos. I mean, I'm going to stumble through a demo looking pretty silly when I pound on my keyboard hitting Ctrl+N and not getting the list I expect. It's unnatural to me. Like not writing unit tests.

Are you presenting code somewhere? Do you suffer from the same fate as I? Do you suck it up and learn the dreaded default Visual Studio keystrokes or do you factor in the interruption you're going to get explaining R# to someone. What say you peeps? R# or no, when it comes to presenting?