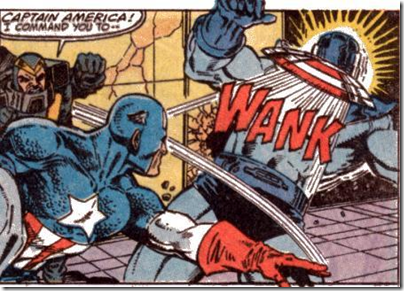 It's funny how the world works. A butterfly flaps it's wings in Brazil, and a tornado forms in Texas 1,000 miles away. Phil Haack posted a poll about unit test project structure and asked the very question we've come to on our current project. Should unit tests belong in their own project or as part of the system? I was going to post a comment on Phil's entry, but figured I would drag my explanation and description out to a full post here.

In the past I've *always* created a separate test project. Tree Surgeon by default does this (and now I'm looking at adding an option to let you decide at code generation time) and most projects I know of work this way. You create your MyApp.Core project (containing your domain logic) and a MyApp.Test project with all the unit tests. More recently I've been creating MyApp.Specs project but that's just a different evolution.

In the next project we're working on, we're looking to shift this approach. A shift to include unit tests in our MyApp.Core project. Here's some reasons and thinking behind it.

Since there is only one test assembly (assuming you don't break them up that is) then you don't necessarily want to create a folder called CustomerSpecs (or CustomerTests or even Customer) so you might create a folder called Domain. After all, you're unit testing the domain but then they'll be the UI, Presenters, Factories, Data Access, etc. Do you create a separate test assembly for all of these? Probably not.

Let's see, we have an assembly (MyApp.Core), a class (Customer) in a namespace (MyApp.Core.Customer). Now you've got a test assembly (MyApp.Test), a set of Customer tests (CustomerSpecs.cs or CustomerTests.cs or whatever) in a domain namespace (MyApp.Test.Domain). This is getting a little complicated, but no big deal from a resolution perspective. You'll just bring in the namespaces you need and bang (or BAM!).

However two things seem to arise out of this setup.

First (which might kick off it's own huge debate) you need access to your Customer class and potentially other classes, enumerations, etc. that it uses which are locked away in MyApp.Core.dll. That means you have two options. Either you make the Customer class public or you use the InternalsVisibleTo attribute to let MyApp.Test.dll see the stuff inside of MyApp.Core.dll. There's another option here, slam all the files into one assembly and don't worry about it from a testing perspective. That might alleviate the problem but that's a different blog entry.

The second thing that comes out of this is a fairly deep and wide namespace hierarchy in your test assembly. That might not be a big deal unto itself, but could be an inconvenience. In addition the deep impact this might cause, let's say you have 30 domain classes and the subsequent 30 or so fixtures (or more, or less, doesn't really matter). And these are scattered around in various folders. Each time you touch the fixture to write a test or look at the domain object and create some test, you're playing hunt and peck inside your test assembly to find the right spot to match the folder structure. Of course if you don't care and toss everything into a single folder you won't care, but I think that's a different type of maintenance you don't want to get into. Then, let's say you restructure your domain (which can happen a few times throughout a project) and now some of the classes relating to Customer move into some other place in the hierarchy in your domain. That's easy enough with ReSharper and a move like this is pretty low-maintenance. Except now your test folder structure doesn't match your logical domain structure (or folder structure for that matter).

Okay, that's the side of the conversation about issues that we've come to on using a separate test project. Now the positives on including your tests with the code you're testing.

Here are some arguments I've heard for including your test code with production code that I'll address.

"If my tests are in my domain, I have a reliance on my unit test framework assemblies" - Yeah? So. If I wrap log4net I have a dependency on deploying log4net.dll as well. I'm not sure I see a disadvantage to this. There's been people saying they were "bitten" by this, but I'm sure what the bite is like or what the impact of that bite might be. Optionally, when we deploy we can decide to deploy our test code and it's dependencies as needed. Just because it's there doesn't mean it needs to go out the door. If we use our NAnt build scripts, we can not include the *Test* code and omit the MbUnit.Framework.dll files. Clean and lean.

"I want to see my tests and only my tests in one project and what I'm testing in another" - Again, not sure the advantage to this. If anything, keeping them together reduces the amount of "jumping" around you do in your IDE from this project to a test project, then back again. I'm not convinced or sure why you "want" to see tests in one project.

All in all there's no clear cut answer here. What works for you works and I think the general mass keep tests in a separate project. I want to buck the norm here and for the next project we're going to try it out differently. I think there's advantages to it (and potentially disadvantages, like having to potentially clutter up my .Core assembly with a bunch of ObjectMother classes for example) but we'll see how it goes.

I don't like not trying something because "that's the way we always did it". Doesn't make it right. So give it a shot if you want, try it out, share your experience, or leave a comment that I'm a mad coder and putting my devs through unnecessary torture.

Like Phil said, this is not "a better way" or "the right" or "wrong" way to do things. I'm going with a Test folder under my aggregate classes in my domain and we'll how that goes. YMMV.